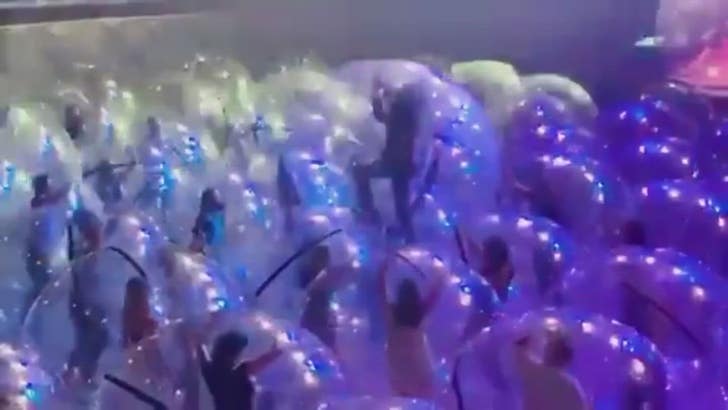 The Flaming Lips are showing us how to let loose at a live show while maintaining social distancing ... it simply requires inflatable bubbles for everyone.

The eccentric rock band from Oklahoma City performed earlier this week for their hometown at The Criterion, and tested out their bubble concert idea ... which they first unveiled on "The Late Show with Stephen Colbert."

This time though, the Lips pulled it off with a live audience at a public venue ... for what looks like a multi-sensory space rock experience.

The gig was reportedly a test run for future concerts along with partly being a music video shoot, as the band performed a dance remix of "Assassins of Youth" and "Brother Eye" -- 2 tracks from their latest LP, "American Head."

Flaming Lips' frontman Wayne Coyne has toyed with the idea of a bubble concert since the early days of the pandemic, and seems pleased with the trial run. He posted a clip of the show -- with his bubble among the crowd -- with the caption, "Yessss!!!"

The band has actually utilized bubbles for themselves at shows for years, but Coyne says they're still trying to adapt the space bubble system to allow for more people at their shows.

We dig the innovation and commitment to safety, but just seems like a vaccine's still the better option. Just sayin' ...