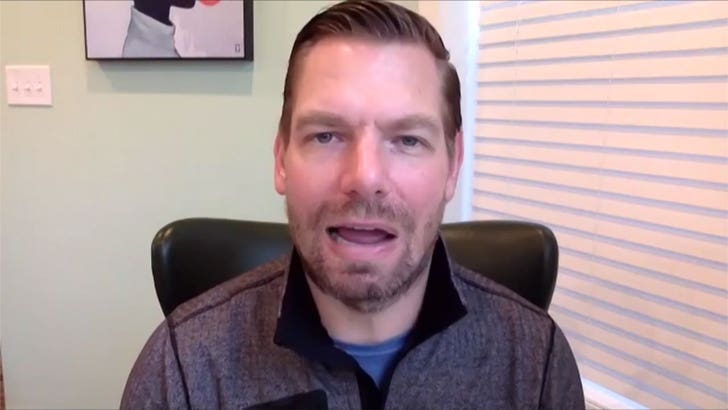 As soon as President Trump is no longer the U.S. President, he needs to answer for his alleged criminal activity ... according to Congressman Eric Swalwell, who has a proposal on how to make that happen.

The Democratic Representative from California says 45's day of reckoning must come -- along with his enablers -- for what he says they've done to the country, which is why he wants to create a 'Presidential Crimes Commission.'

Swalwell says ideally, this group would be made up of independent prosecutors outside Congress who would be responsible for determining if the President or senior officials broke the law during their term, and if so ... they'd go after them. 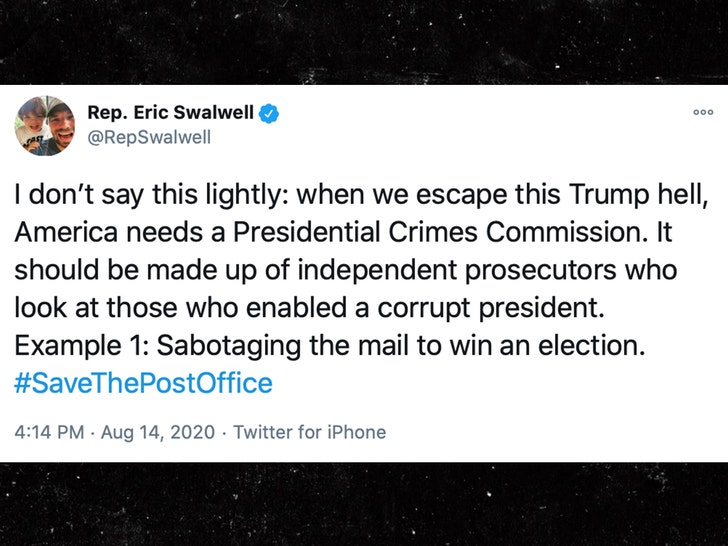 The Congressman says the goal is to make sure nobody, not even POTUS, is above the law and gets away with any offenses. As for what crimes he'd want the PCC to take a look at with Trump ... there's a laundry list, but obstructing justice and sabotaging the mail are top of mind for Swalwell.

Currently, Swalwell believes the Prez is committing another transgression by not cooperating with President-elect Joe Biden during the transition period ... something Trump's press secretary won't even talk about.

It might not be a crime, but Swalwell says it's definitely making us less safe ... but he sounds pretty hopeful, Trump's about to go away soon, one way or another. 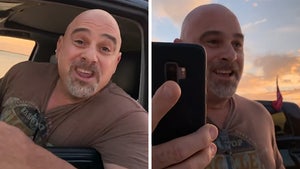 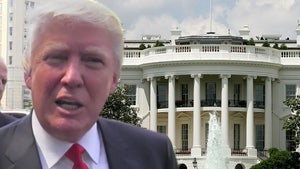