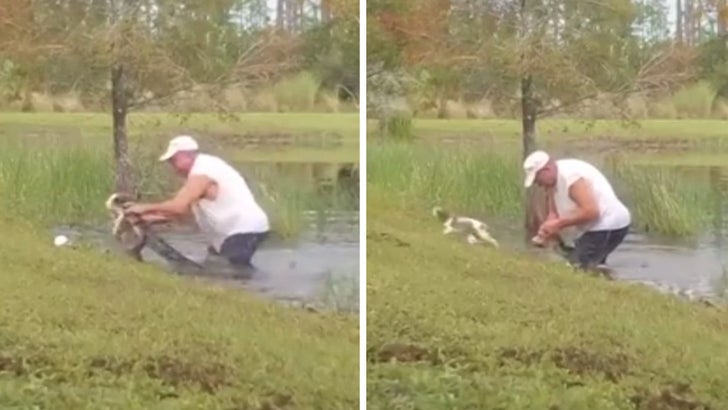 A puppy learned firsthand how scary nature can be, but luckily a brave man came to its rescue ... by battling a gator with his bare hands.

The wild scene went down in a pond somewhere in Florida -- naturally -- where the poor little doggie wound up in the mouth of an alligator ... which thankfully wasn't nearly as big as that one who visited a golf course in Naples last week.

It's still terrifying nonetheless, as the gator had the puppy completely submerged before our hero jumped in and pulled them out.

As the frightened pooch yelps for help, the man uses his brute strength to pry open the beast's jaws, allowing the dog to get free and run to safety.

Florida's version of Crocodile Dundee wasn't done dealing with the gator, though. He reportedly tossed it over a nearby fence, in hopes it would not return to the pond. 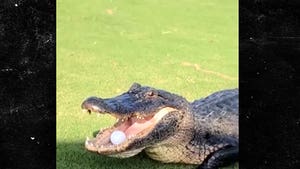 Giant Alligator Steals Golf Ball on Louisiana Course, Play It Where It Lies!!!