Quinn passed away Sunday after a 7-year-long battle with amyotrophic lateral sclerosis -- also known as Lou Gehrig's disease -- this according to his official Facebook page.

A remembrance post read, "It is with great sadness that we must share the passing of Patrick early this morning.  He was a blessing to us all in so many ways.  We will always remember him for his inspiration and courage in his tireless fight against ALS."

Pat's involvement with the IBC is tied to his pal, Peter Frates, who was widely seen as the face/inspiration behind the challenge and why it went viral. Had it not been for PQ catching wind of a similar challenge happening earlier in 2014 and then linking it directly to ALS while spreading the word ... Frates might've never blown up.

Together, the two of them formally affiliated the challenge with ALS -- which took off all over the world and went on to raise significant awareness about the disease ... not to mention money. As of late, the Ice Bucket Challenge has helped raise upwards of $250 million to help study and, hopefully, eradicate the ailment.

As we reported, Frates -- who also had ALS -- died quite young as well at the age of 34 just last year. His Fenway Park video was the spark plug that made everyone jump on the challenge in August 2014 -- which also spurred folks to challenge other people as a result.

Celebs have also taken up the challenge over the years -- folks like David Spade, Charlie Sheen, Kim K, Ellen and others. Then-President Barack Obama rejected the challenge ... but opted to donate instead, which is probably worth more anyway. 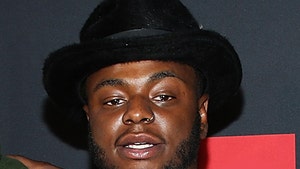 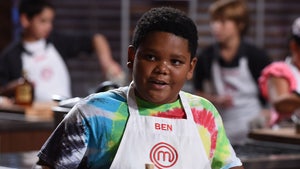