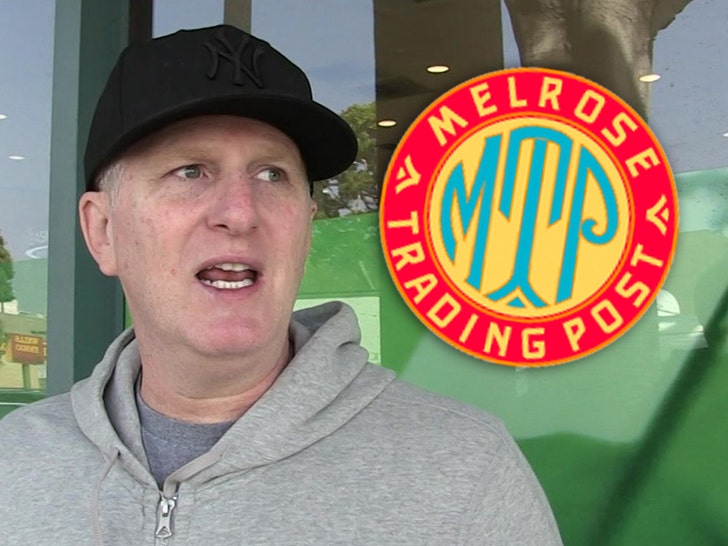 Michael Rapaport is expressing the same frustration and confusion a lot of Angelenos are feeling after outdoor dining was once again shut down ... this time pointing to a very-open flea market in town that's humming with business while restaurants suffer.

The actor and sports enthusiast posted a video Sunday showing him cruising along in L.A. next to the Melrose Trading Post ... a flea market off of Melrose Ave. and Fairfax. As you can see -- and as Mike vividly points out -- it's open and full of customers.

In Rapaport's eyes, the fact that operations like this can stay open while outdoor dining is being shuttered again just doesn't make sense -- and he goes on a profanity-laced tirade against Mayor Eric Garcetti and Governor Gavin Newsom for calling the shot.

He doesn't quite say it, but MR seems to suggest that the decision to shut down dining -- which is also outdoors and requires mask-wearing -- while letting flea markets and farmers markets such as this one to continue on is ... arbitrary. And, if not that, simply not properly explained by government officials as far as rationale -- something a lot of people have said.

Of course, this is reminiscent of what a restaurant owner in the L.A. area alluded to recently -- comparing her outdoor dining set-up to a movie set that also had tents and tables laid out right next door. In that case, the differences for safety were much more clear -- movie sets have to operate as de facto bubbles with regular testing -- while restaurants don't.

In the flea market/farmers market case ... the differences are a little harder to spot and justify. Unlike a movie or production set, there is no mandatory regular testing of subjects looking to partake in an outdoor market like this -- strangers can just waltz on in, without having to prove anything, so in that regard ... it is similar to the outdoor dining scenario.

The only thing we can think of that make farmers/flea markets different is that they are theoretically supposed to be operating at limited capacity, and mask-wearing is mandatory throughout ... whereas at a restaurant, masks come off once you're seated at your table.

In any case ... people are clearly not understanding the thinking here. 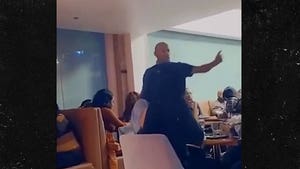