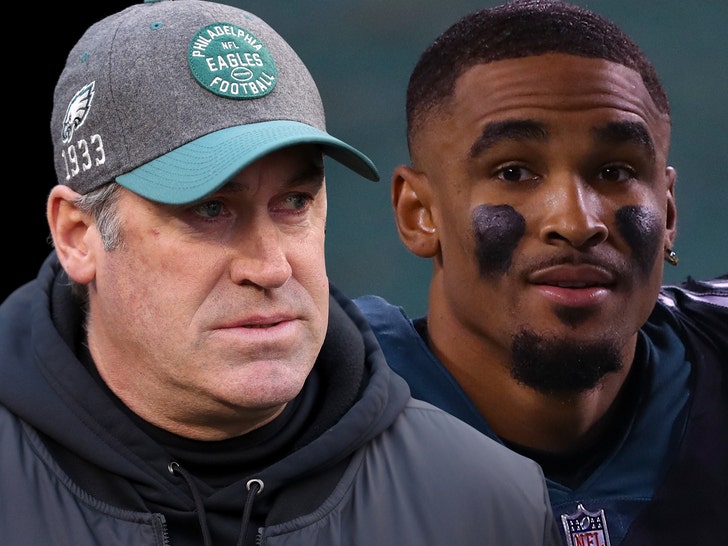 10:39 AM PT -- Doug Pederson has made up his mind ... announcing Jalen Hurts will start for the Eagles in their Week 15 game against the Arizona Cardinals.

Seems everyone in Philly is ready to anoint Jalen Hurts the next starting QB of the Eagles ... except the one guy who matters.

Eagles head coach Doug Pederson says he still needs to "take a look" at the game film before making a decision -- despite the fact Hurts led the Birds to a 24 to 21 win over the 1st place New Orleans Saints in his very first NFL start.

Hurts was 17 for 30 with 167 yards, a TD and most importantly ZERO interceptions in the victory ... not bad against one of the best defenses in the league!

But, when asked Monday morning if Hurts will be QB1 next week instead of Carson Wentz, Pederson wouldn't commit.

"I'm gonna take a look at yesterday," Pederson told SportsRadio "94WIP" ... "I'm gonna look at a lot of different things before I make that determination this week."

What? Why? Hurts plays great! Carson Wentz has been struggling like crazy. Seems like an obvious move to most people.

Pederson was complimentary when asked about Jalen's performance ... saying "There was some really, really good plays. He played well. He managed the team, he did everything we asked him to do."

"He played smart, he played physical with the run. Some of it was designed run, some of it was just him being him and what he can do. It's gonna be a really good film for him to look at and learn from and get better but I thought he did a really nice job." 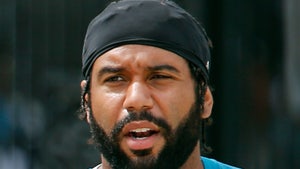 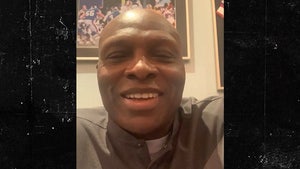