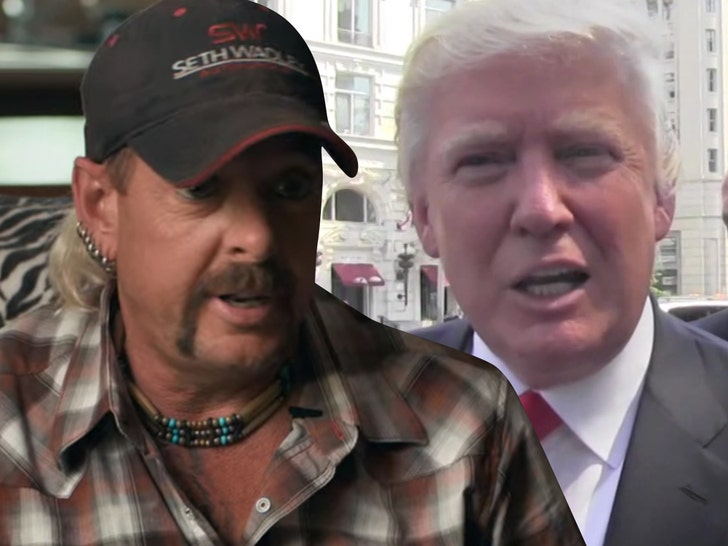 Joe Exotic says he's been reassured his pardon request has finally made its way to President Trump -- and the only thing left to do now is ... wait, but Trump's clearly in the pardoning mood.

The "Tiger King" filed new court docs Tuesday, dismissing his own complaint that he filed just last week ... in which he asked the judge to force the White House Pardon Attorney to get his application in front of DT's eyes for a final decision.

The reason he's reversing course ... Joe says he's now under the belief his pardon petition has, in fact, been received by 45, and that's all he wanted. Now he's got a shot at Trump signing off ... so Joe says there's no longer a need to pursue the legal action. 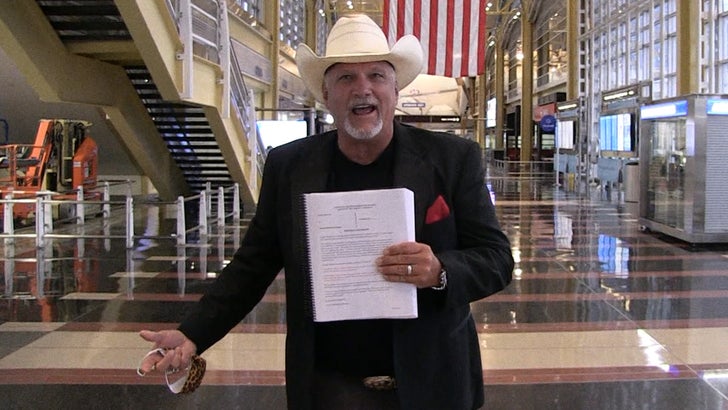 For now, Joe's just waiting on Trump to let him know one way or the other if he's gonna spring him from prison. It's something he and his team have been waiting on and lobbying for, literally for months.

Remember, Trump DID tell reporters months ago he'd "take a look" at his case and decide if a pardon was warranted.

Late Tuesday, Trump granted a stack of pardons -- for 15 people -- and commuted 5 other sentences. Joe's name wasn't on either of those lists, but with the Prez clearly in a forgiving mood ... it could be just a matter of time.