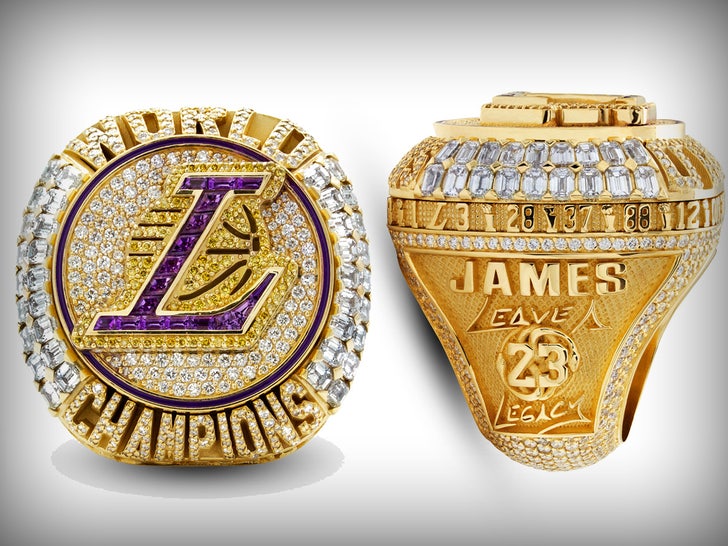 The Los Angeles Lakers are honoring Kobe Bryant with their 2020 championship rings ... including 2 touching tributes to the late NBA legend in the design.

LeBron James, Anthony Davis and the rest of the returning members of the 2019-20 squad just received their rings prior to the season opener against the L.A. Clippers ... and they're MASSIVE. 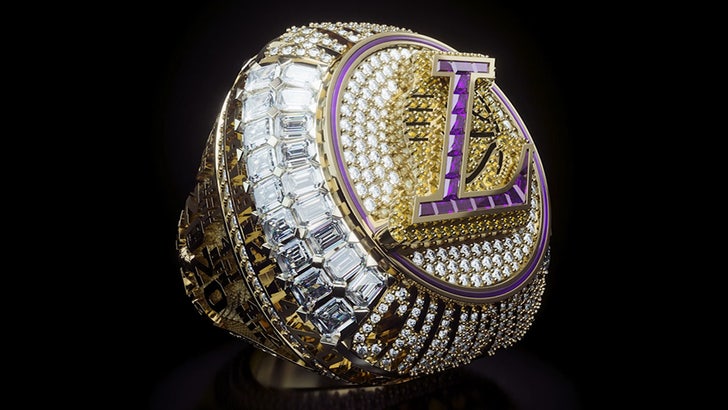 The rocks are made of 16.45 carats and 804 stones ... with nods to the Orlando bubble, the league's social justice movement, regular-season wins and more.

The most notable parts of the design pay homage to the 5-time champ, who tragically passed away in a helicopter accident on Jan. 26, 2020.

The first tribute is a snake wrapped around each player's jersey number on the side of the ring ... representing Bryant's "Black Mamba" moniker and mentality.

The rings also feature a detachable top, which reveals each retired number in the franchise -- with Bryant's #8 and #24 jerseys in the team's Black Mamba uniforms worn during their title run. 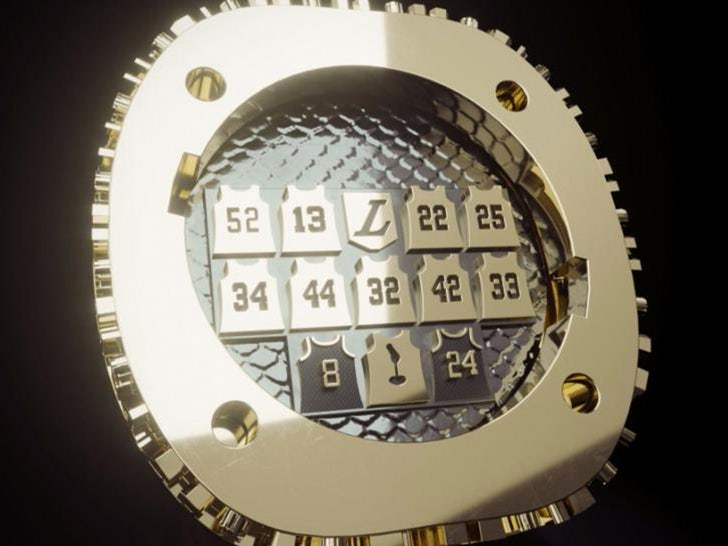 One more cool thing -- LeBron's actual handwriting is used in the design ... with the team's playoff motto, "Leave a Legacy," etched on one side.

The pieces were made by Jason of Beverly Hills ... who told ESPN he completed the entire project in just 4 weeks due to the shortened offseason.