A Capitol rioter from Texas threatened to shoot his own children if they snitched on him to the feds ... at least according to the FBI.

According to his wife, Guy Reffitt told his son and daughter, "If you turn me in, you're a traitor and you know what happens to traitors ... traitors get shot" ... and it's all spelled out in an affidavit signed by FBI special agent Thomas Ryan.

In the affidavit, obtained by TMZ, the FBI agent says Reffitt was seen in restricted areas of the Capitol during the riots. Reffitt's accused of unlawful entry and obstruction of justice.

Reffitt's alleged threats didn't stop there, according to the feds ... he told his daughter he would "put a bullet" through her phone if she told friends her dad was at the Capitol.

Images of Reffitt from the insurrection show what appears to be a camera on his helmet, and the FBI says he admitted to his son he "stormed the Capitol" and told his family he had to scrub his Go-Pro footage from Jan. 6 because the FBI was on to him.

The guy's wife told the feds he's a member of a right-wing militia group, the Three Percenters, adding she didn't believe he would follow through with his alleged threats and was more disturbed by his extreme rhetoric.

The feds say Reffitt told agents he was at the Capitol but didn't go inside the building. 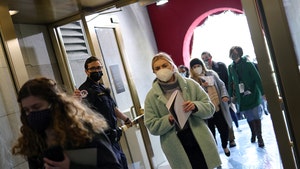