7:30 AM PT -- We've just obtained a photo of Eric masked up on the plane, posing with another passenger.

Eric Trump's no longer one of America's First Sons, which means no more rides on Air Force One, and he's also passing on first-class seats on commercial airlines.

The ex-president's son -- along with his wife, Lara, and their 2 kids -- took a Delta flight from Palm Beach, FL back to NYC on Sunday and flew coach ... a witness tells TMZ.

We're told Eric's family was not seen hanging in the terminal like everyone else before boarding, but instead got escorted onto the plane by Secret Service agents.

Our source says Eric put their carry-on luggage up in the overhead bins, and the kids were well behaved ... with Lara taking them to the bathroom a couple times during the flight. 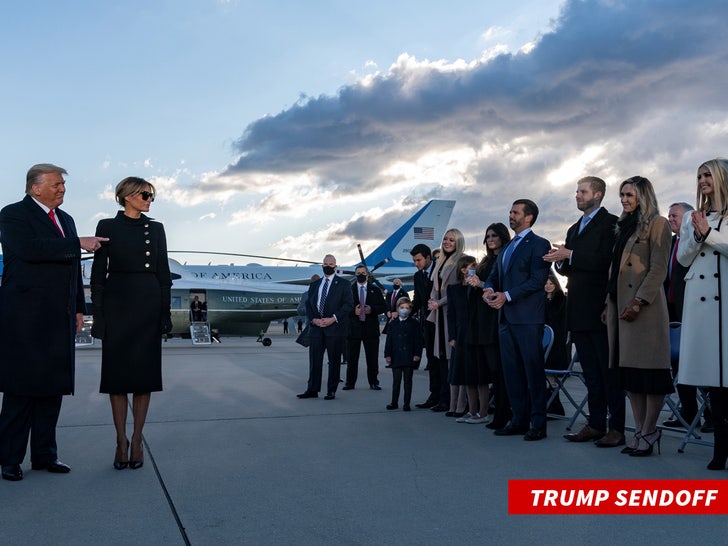 We're told Eric and Lara were very friendly with everyone and didn't seem a bit worried about drawing attention to themselves. However, Eric did get asked to pose for some selfies ... and happily obliged while wearing a mask with USA written on it.

As you know ... Donald Trump and his family bailed on President Biden's inauguration last week and took one final flight on AF1 to Florida. It seems Eric and his fam were returning home after spending the long weekend in the Sunshine State.

Before he left office, Trump reportedly extended post-presidency Secret Service protection for all his kids for 6 months ... which explains why Eric had agents with him. 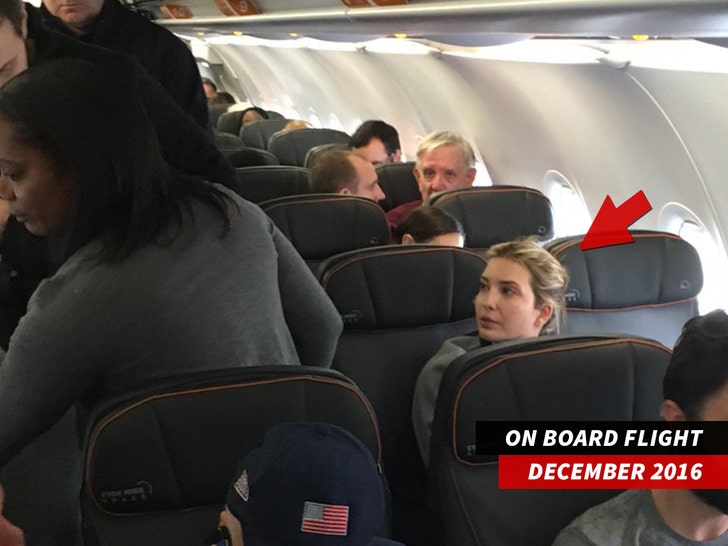 While it may seem odd to see the Trumps flying with all the regular folks now that Donald's no longer POTUS, it's actually something Ivanka did often ... especially during the earlier days of her dad's term.

Seems like her bro had a better experience, though. 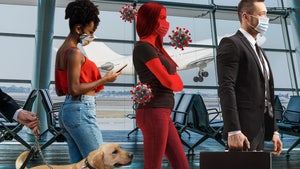 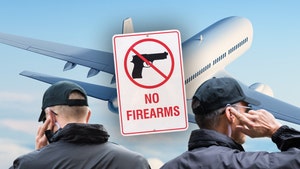