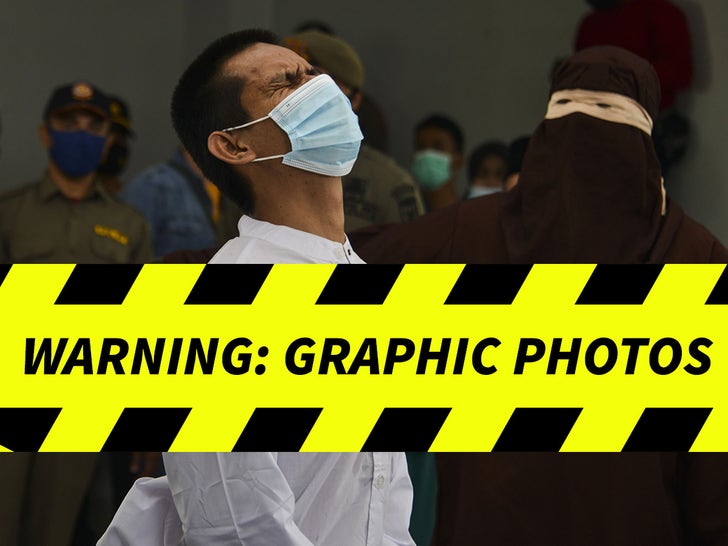 Two men accused of having gay sex in Indonesia were savagely beaten with canes after neighbors reported them to police, and the punishment -- under Islamic law -- is tough to see.

The men, both in their 20s, were flogged 77 times each by Sharia police in the country's conservative Aceh province, where a huge crowd gathered to watch the lashing ... carried out by officers wearing robes and masks.

Pleas for mercy and cries of pain could not save the men ... and the lashes continued even after one officer's cane shattered on impact with one man's back. Sharia police only paused the punishment to allow the men a drink of water ... then the caning resumed.

Both men were arrested back in November, when police say officers, tipped off by locals, broke into a rented room and found the pair having sex. They served 3 months in prison, so their original 80-lash sentence was reduced by 3.

The Aceh province is the only part of Indonesia where gay sex is illegal ... and public flogging is a common punishment in the province, which started using Sharia law back in 2001.

The mother of one of the men was present for the punishment, and fainted as her son was being caned.