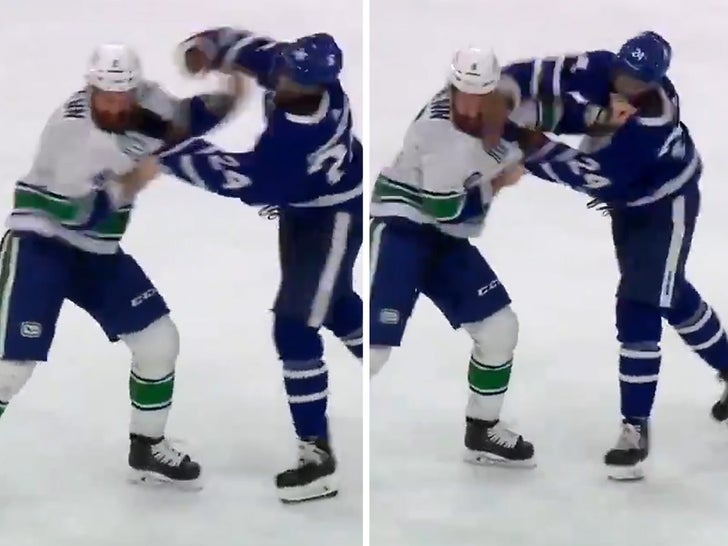 Pour one out for NHL player Jordie Benn ... the dude got ROCKED in an on-ice fight with Wayne Simmonds on Thursday night -- at one point eating 13 straight haymakers!!

The scrap went down late in the third period of the Maple Leafs' 7-3 blowout of the Canucks ... when Benn challenged Simmonds to a fight after the Toronto star had smashed one of Jordie's teammates into the boards.

The battle started off promising for Jordie -- he looked pretty tough callin' out the 32-year-old NHL enforcer!!!

But, quickly, Wayne put 33-year-old Benn in his place ... watch the clip, Simmonds connected on just about every one of his 13 straight haymakers to start the brawl!!

To Jordie's credit, he weathered the storm and threw a few punches of his own ... but Wayne blocked them all and went right back to work, dropping some more left-handed bombs!!!

Ultimately, the fight ended with respect between the two parties ... you can see Wayne told Jordie "good job" after the one-sided tilt.

The best part of it all, though? The Leafs and the Canucks are set to play again on both Saturday AND Monday.

Rounds 2 and 3 on the way?! Getchya popcorn ready! 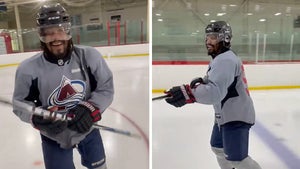