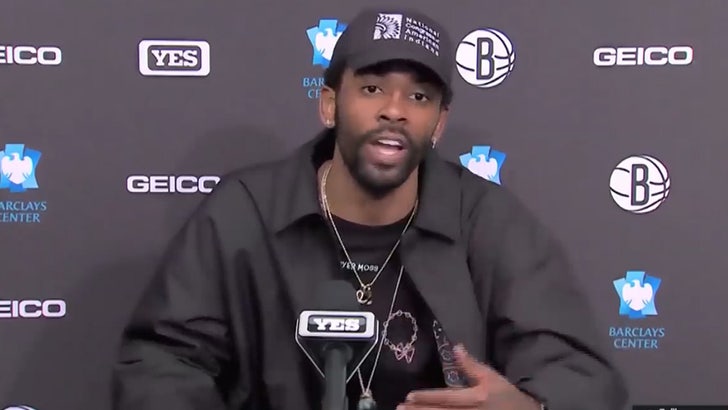 One day after reigniting the movement to change the NBA's logo to Kobe Bryant ... Kyrie Irving doubled down on the take, explaining, "Kobe Bryant. Logo. Yes. Needs to happen."

"I don't care what anybody says," Irving said Thursday night after the Brooklyn Nets' win over the Orlando Magic. "Black kings built the league."

Back in February 2020, just a few weeks after Kobe, his daughter, Gianna, and seven others died in a helicopter crash -- there was a large movement to switch the NBA's Jerry West logo to one depicting Kobe.

A change.org petition earned over 3 MILLION signatures in support of the cause ... but the NBA never appeared to take the idea too seriously.

But, clearly, Irving has no intentions of stopping the push ... 'cause on Wednesday he brought the movement back on his social media page -- and on Thursday, he explained why he feels the move is necessary.

"I think we deserve it as seeing greatness personified as Mamba. And anyone that's coming into the league should know that that's the example that was set."

Vanessa Bryant clearly agrees ... she's thrown her support behind the idea since it was first proposed -- even commenting on Irving's social media post this week, writing, "Love this."

As for West, he's said previously he'd be open to the idea of a logo change. 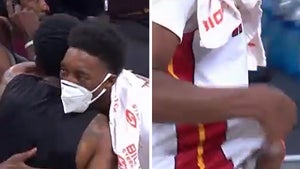