6:29 AM PT -- Law enforcement sources tell TMZ ... Lance's mom, Lynn, called 911 and told the dispatcher she found him unconscious and not breathing at 9:45 PM on February 25. We're told Graham County Sheriff's deputies responded to the Robbinsville home and found Lance dead ... lying on top of his bed.

Our sources say Lance's mom had last spoken to Lance four hours earlier. At some point after that conversation, we’re told Lance went into his bedroom and laid down on his bed. We're told there are no signs of foul play and his cause of death is being investigated by the medical examiner.

Lance Waldroup, a famous bootlegger from Discovery's "Moonshiners," has died.

Lance died Feb. 25 in his home state of North Carolina ... according to his father, Jeff, who also appeared on the reality show alongside his son. The cause of death remains unclear.

Discovery tells TMZ ... Lance will be remembered as an adventurous distiller who was always looking to take his flavorful recipes of moonshine to new heights.

Lance appeared in several early seasons of the show ... bootlegging out of North Carolina with his father. He was one of the younger and less experienced moonshiners, and would often turn to his dad for guidance. He also distilled absinthe and scotch.

Lance's family set up a GoFundMe to raise money for a memorial fund, and the description says he was a recovering drug addict who had turned his life around after going to rehab.

The Waldroups have really been through it -- the family says Lance had survivor's guilt because his sister died when she was 11, and his brother died when he was 20. 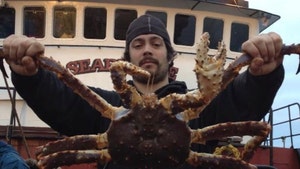 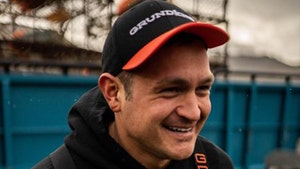