Demi Lovato says she should have died weeks before her near-fatal overdose, because she was using a frightening list of hard drugs when she relapsed in 2018.

Demi reveals the night she ended 6 years of sobriety, she began experimenting with drugs she'd never tried before ... including meth, and she mixed it with molly, cocaine, marijuana, alcohol and oxycontin. That's all in one night.

She says, "That alone should have killed me." But it didn't, and Demi says weeks later she was introduced to heroin when her dealer didn't have her usual "Coke and Xanax" cocktail for her.

Eventually, Demi says she was "physically dependent" on the drugs, while also abusing alcohol and hiding it all from the people around her.

Demi says she was smoking heroin that night, not injecting it, which added to her surprise when she woke up in the hospital. However, she admits she had used needles in the past too ... just not that night.

As you know ... heroin and fentanyl-laced painkillers likely caused Demi's OD, and in her new docuseries, "Dancing with the Devil," she and her family detail how a team of doctor's saved her life.

In fact, her stepdad says if not for Demi being placed on a dialysis machine ... she likely wouldn't be here today.

The first 2 episodes of 'Dancing' are available now on YouTube 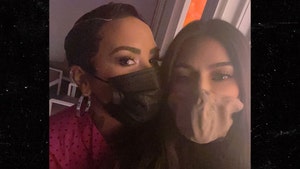 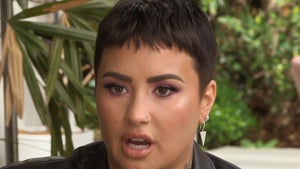