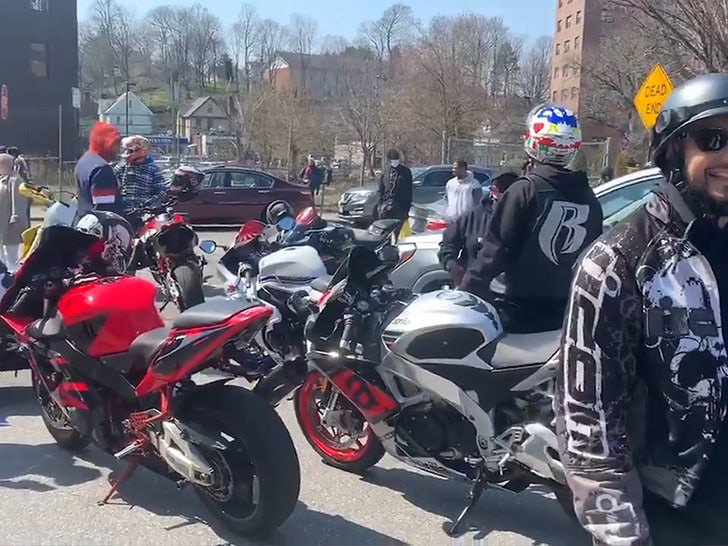 A group of motorcycle heads who associate themselves with DMX's famous rap collective have rolled up to pay tribute to the man himself ... which made for an awesome scene.

A FOX5 reporter was on the ground Sunday outside of the White Plains hospital where X is currently being treated following his OD/heart attack -- and she captured a massive group of bikers pulling up across the street and gathering for what appeared to be a flash mob event.

Unclear what exactly they got planned, but what is clear is that they were there for X -- several were rocking the 'RR' brand, which is tied to X's pride and joy, the Ruff Ryders.

Ruff Ryders appears to encompass a wide-reaching community of members -- and they seem to have a biker community too, which would explain all the revving we hear going on here. The crowd was blasting DMX music too ... seems they're hoping he and his loved ones can hear them from inside.

It made for a super sweet moment, and it sounds like more of a demonstration is forthcoming. What this also speaks to is DMX's massive crossover appeal among different audiences ... he's a hip-hop legend, but his fan base is incredibly diverse, as you can see.

The Ruff Ryders first came onto the scene back in the late '90s, when X put out an anthem dedicated just to them. In the official music video, X employed a lot of motorcycles and motorcycle stunts, so he was definitely about that subculture even back then.

Ruff Ryders went on to become its own label imprint, and eventually ... grew into an entertainment company at large. No word on how many people are officially affiliated these days -- but even today it's obvious, when they roll ... they roll deep. Especially when it's to support their founding members. 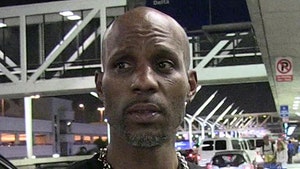 DMX Family Visits, Holds Out Hope As He Remains on Life Support After OD 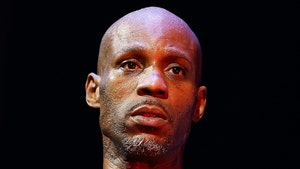