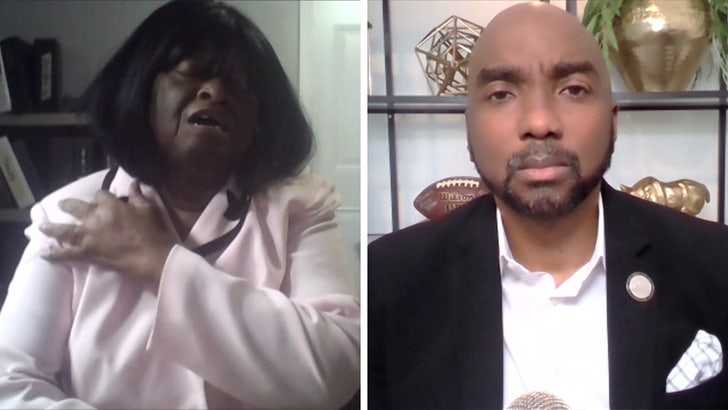 The elderly OKC woman who is suing cops for breaking her arm says it's going to take her a long time to recover from the violent incident in her own home ... an ordeal that, 7 months later, still makes her tear up.

Ruby Jones and her lawyer, Damario Solomon-Simmons, were on "TMZ Live" Wednesday and the 74-year-old described the moment OKC officers entered her home ... even though Ruby claims they failed to produce a warrant to do so. She went through each painful moment of the August, 2020 interaction ... including when she alleges they broke her arm.

As disturbing as the video is, Ruby claims there was even more abuse, and says it felt like the cops simply didn't care about the pain she was experiencing. 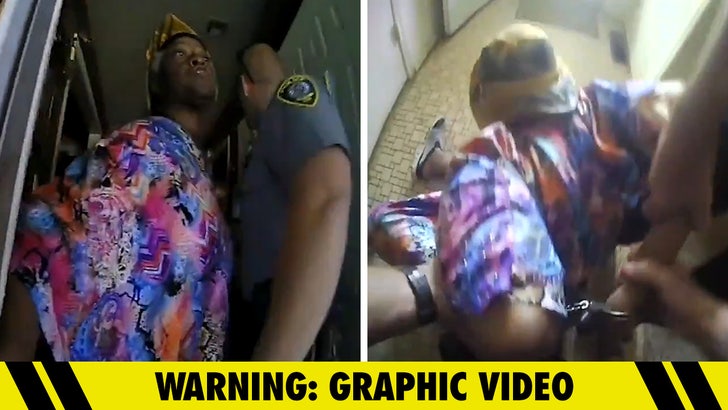 As we reported ... Ruby's suing the OKC PD, the 3 officers involved and the City of Oklahoma claiming she suffered a broken right arm due to the officers' "use of excessive force" when they came to arrest her mentally ill son, Chauncey.

And, get this ... Solomon-Simmons claims Ruby was detained in the back of a squad car for about an hour -- however, she was never charged for any wrongdoing.

He credits Ruby for saving her son's life, but adds her case is one of several just this week that show if you're Black in America, some cops use that as an excuse to treat citizens with violence. He pointed to the Army Lt. who was pepper-sprayed 4 times during a traffic stop as another prime example.

Ruby and her attorney say the officers who detained her so roughly have faced no discipline from OKC PD.