TMZ now knows what was on Derek Chauvin's hand ... he wanted to make sure he had his lawyer's phone number in case he was convicted and sent directly to jail.

Chauvin's lawyer, Eric Nelson, tells TMZ, his client wrote the number ahead of the conviction, because the convicted former cop knew if the jury found him guilty of second-degree murder he'd almost certainly have his bail revoked and he'd be remanded to custody.

Chauvin clearly knew given his former profession, he would have limited access to a phone but would be allowed to call his lawyer ... thus the scribble on his left hand. Chauvin has been in court many times, so he clearly knew a conviction would lead to swift incarceration, with no opportunity to speak to his lawyer in court after the verdict. 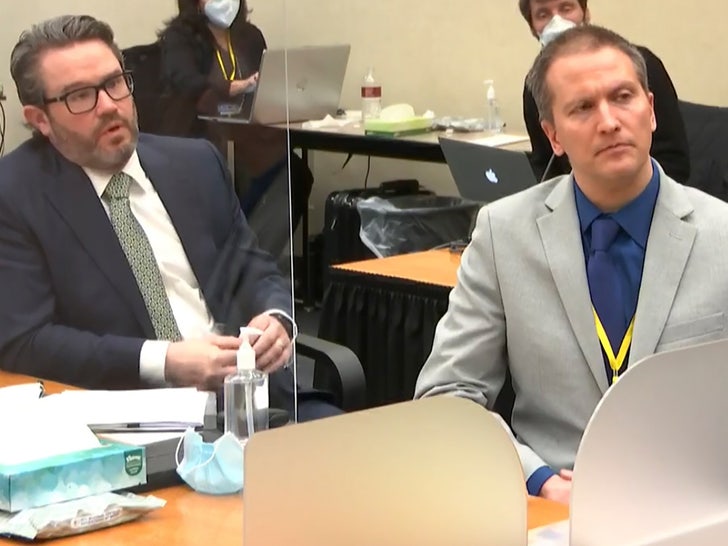 Nelson didn't say what the nature of such a call might be, but clearly, Chauvin wanted to discuss the next steps with his attorney. There are issues of sentencing and appeal that the defense will certainly address.

We're guessing Chauvin wrote the phone number on his hand because he was concerned if he wrote it on a piece of paper it might be confiscated when he was booked into jail.

As you know by now, the jury found Chauvin guilty on all 3 counts of second-degree murder, third-degree murder and 2nd-degree manslaughter. He faces a maximum of 40 years in prison.