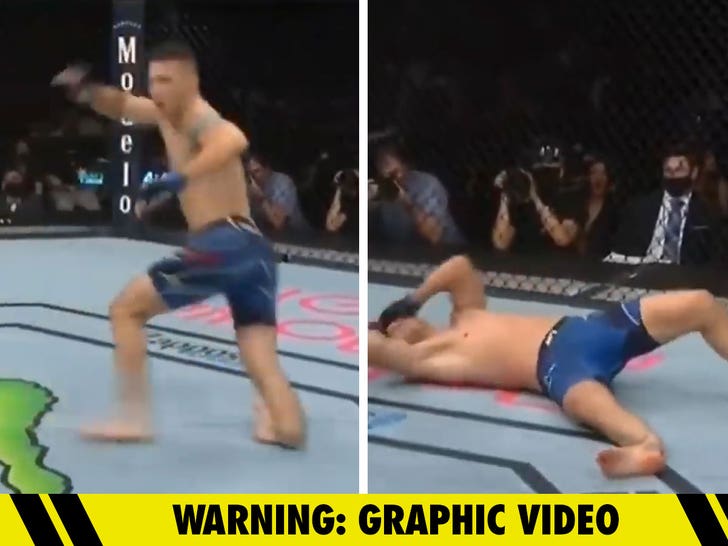 Former UFC middleweight champion Chris Weidman suffered a horrendous injury just seconds into his fight against Uriah Hall, and he was carried out on a stretcher.

The fight had just begun... 17 seconds in, Weidman delivered a leg kick which Hall checked, and you literally see his leg snap. It takes a second for it to register, and Weidman then collapses in pain as he tumbles to the mat.

Hall won by TKO, in front of a packed crowd at the VyStar Veterans Memorial Arena in Jacksonville. Weidman was taken out on a stretcher.

After the fight, Hall said, "I've got nothing but respect for Chris Weidman ... He's truly one of the best. It's a crazy story, that he was the first man I fought that defeated me [in 2010], that introduced me to fear. I didn't know what fear was. Then we went different paths. He was the first person to defeat Anderson [in the UFC], and I was the last. It's crazy how we ended up here again."

Hall was gracious ... "I wanted to put on a great performance, but man, I feel so bad. I hope he's OK. I wish his family well."