10:25 AM PT -- Kim and Kroy tell TMZ ... in times of significant growth, there are steps that have to be strategically taken. That being said, the couple makes this assurance -- "You will see the Biermann family on [your] TV screens again very soon." They signed off saying, "Grab yourself a glass of wine and stay tuned."

The rep added, "While ‘Don’t Be Tardy…’ will not be returning for another season, the Biermanns will always be part of the Bravo family and we look forward to seeing what’s next."

Kim Zolciak's time on another reality show has come to an end ... "Don't Be Tardy" is getting the ax after a long run on the air.

Production sources tell TMZ ... the TV show -- which follows the daily lives of Kim, her husband, Kroy Biermann, her daughters, Brielle and Ariana and the rest of the family -- is not returning for a 9th season on Bravo.

We're told the network decided not to move forward with another season of 'Tardy' because Bravo felt the show had simply run its course after 8 years documenting the famous fam. 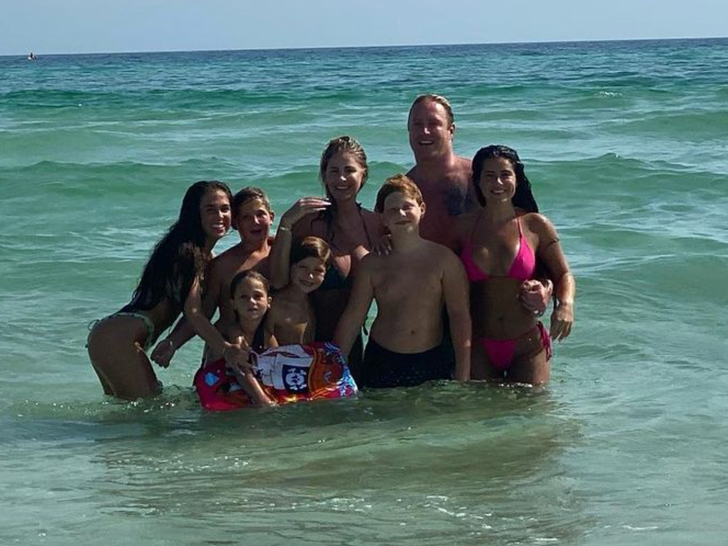 The reality show debuted way back in 2012 when it was known as "Don't Be Tardy For the Wedding" ... and the first season follows Kim and Kroy as they prepare to say "I do."

'Tardy' was the first spin-off from "The Real Housewives of Atlanta" ... and Kim famously left 'RHOA' to do her own show.

The series' most recent season had its premiere delayed by 3 months due to the pandemic ... and now 'Tardy' is getting retired altogether.