2:44 PM PT -- 5/13 According to legal docs, obtained by TMZ, Dimitri claims Christeline "abandoned their marriage" and "he doesn't know her whereabouts."

"Seeking Sister Wife" star Dimitri Snowden is divorcing his third wife ... another chapter in what's been a problematic last few weeks between the two, which included accusations of domestic abuse.

Dimitri filed for divorce from Christeline Peterson Tuesday in Los Angeles. The two do not have any children together.

Dimitri's divorce filing comes on the heels of Christeline's attempt at getting a restraining order against him, claiming he was physically abusive during their relationship over the past year.

As we first told you ... Christeline claimed Dimitri slammed her head into the headboard of their bed back in January, and she said he was abusive during sex. She claimed he choked her during sex, even though she told him not to, and claims she's suffered bruises, scratches and redness around her neck from the alleged choking.

We broke the story ... Dimitiri and Christeline were in court last month for a hearing on the matter, and a judge tossed the case, saying Christeline did not meet the burden of proof ... so the temporary restraining order was dissolved.

Christeline came to the United States from South Africa to be courted as Dimitri's third wife on the TLC reality show ... but that was then -- now he's calling it quits. 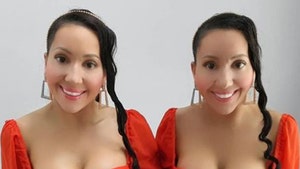 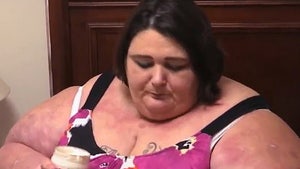 'My 600-lb. Life' Star's Family Got to Say Final Goodbyes Despite COVID Restrictions