Doug Kiker, the garbage man who brought Katy Perry to tears on "American Idol," is in police custody after cops in Alabama say he was involved in a domestic violence incident.

We're told officers responded to a report of domestic violence Thursday night allegedly involving Kiker and an adult woman and she's the one who called 911. The nature of their relationship is unclear.

Cops say responding officers investigated and determined there was probable cause to arrest Kiker ... and he was hauled off to jail, where he posed for this mug shot.

'Idol' fans will certainly remember Kiker ... he was a contestant last year and his cover of Rascal Flatts' "Bless The Broken Road" had Katy in tears. 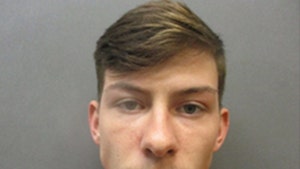