Angelyne is ramping up for yet another run for the California governorship amid Gavin Newsom's upcoming recall election -- but before that ... she had to make a run for some Joe.

The elusive '80s billboard icon -- who was plastered all over L.A. in her heyday, posing in and on her famed pink Corvette -- was spotted grabbing some java Sunday at a Coffee Bean & Tea Leaf in none other than the city of Encino ... the heart of the San Fernando Valley.

She was hard to pin down for a good photo-op, but no doubt it was her -- that eternal ride of hers is a dead giveaway ... as is her classic blonde 'do and doll face getup. 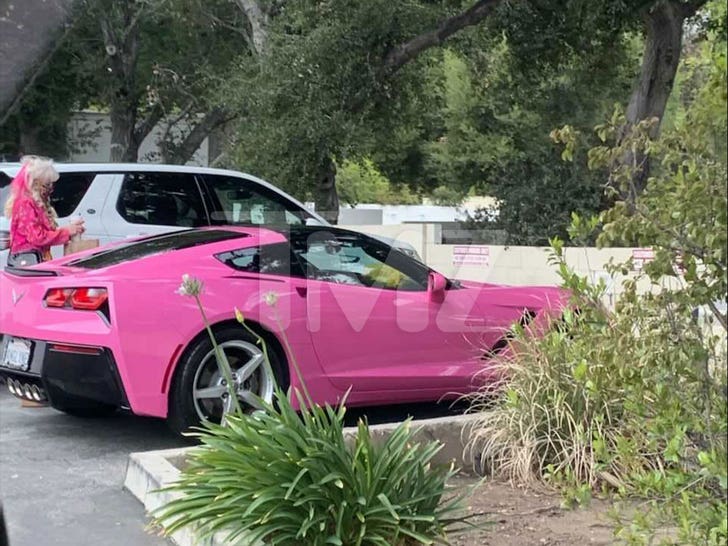 Angelyne is notoriously low-key, and even after recently announcing she too was entering the race for Newsom's job ... hasn't shown much face in public. So yeah, this would appear to be one of the first times she's been seen out like this since throwing her hat in the ring.

Speaking of that ... she gave all the dirty deets to LA Magazine last month, telling them what her platform would be, and how she would govern. Apparently, Angelyne's slogans are "Good Luck California" and "I have the Key to California" ... and she's running on a platform of hiring people with good ideas to fix the Golden State's many problems. Brilliant!!!

She also says she'd work from her car and on the road -- so, basically, you're looking at her future governor's office ... assuming you vote for her and she wins. Good luck, Ange. 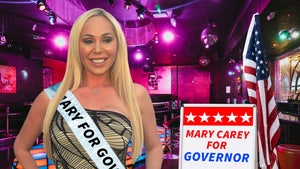 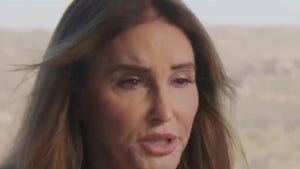