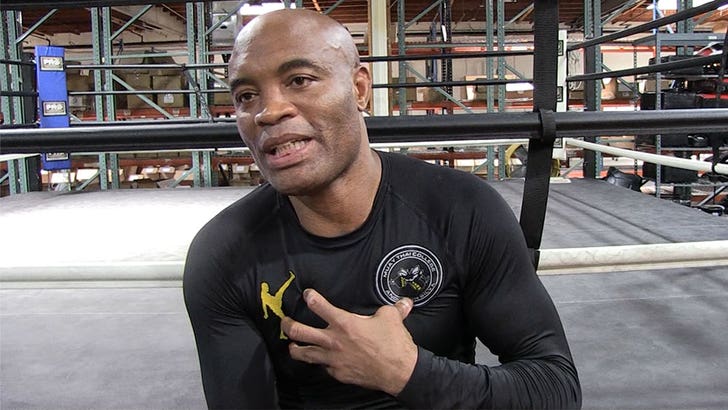 This is no stunt to Anderson Silva ... the MMA legend says he's been training his ass off for his June 19 fight against Julio César Chávez Jr. -- preparing for an all-out war.

We broke the story ... 46-year-old Silva is all set to fight 35-year-old Chávez Jr. at Jalisco Stadium in Guadalajara, Mexico.

Silva was known as one of the top strikers during his UFC career -- but he hasn't taken a pro boxing match since 2005 ... while Chavez is 52-5-1 as a pro and scored a victory over Jeyson Minda in his latest fight back in Nov. 2020.

We spoke with Silva at his open workout in L.A. this week -- and safe to say, he's VERY excited for the scrap. 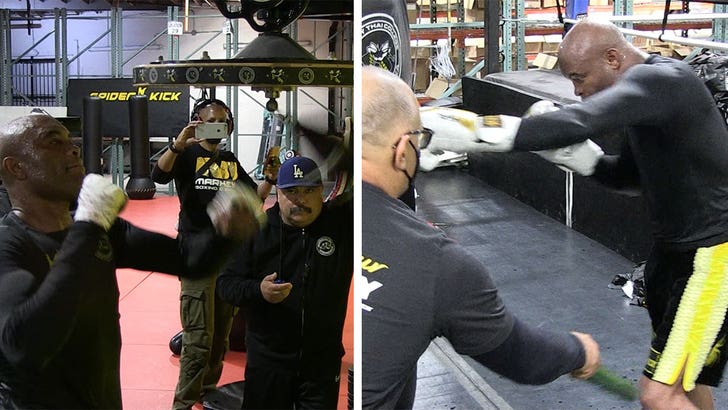 "I'm working hard and I'm going to put my heart into this fight," Silva told us ... "I know it's tough because boxing is different. I've never fought in this same level in boxing but I'm preparing my mind, I'm preparing my body."

"The secret I think for me is how much you love doing this and I love it a lot."

Silva says he's also honored to be on the same card as his opponent's father -- boxing legend Julio Cesar Chavez Sr., one of the sport's all-time greats.

"I'm very excited because Julio Cesar Chavez is a legend in this sport and for me, I'm on the same card for this legend?! ... I'm happy!"

There's more ... Silva also talked about the possibility of a future boxing match with Conor McGregor, his message to Chris Weidman if he thinks Khabib Nurmagomedov will ever fight again.