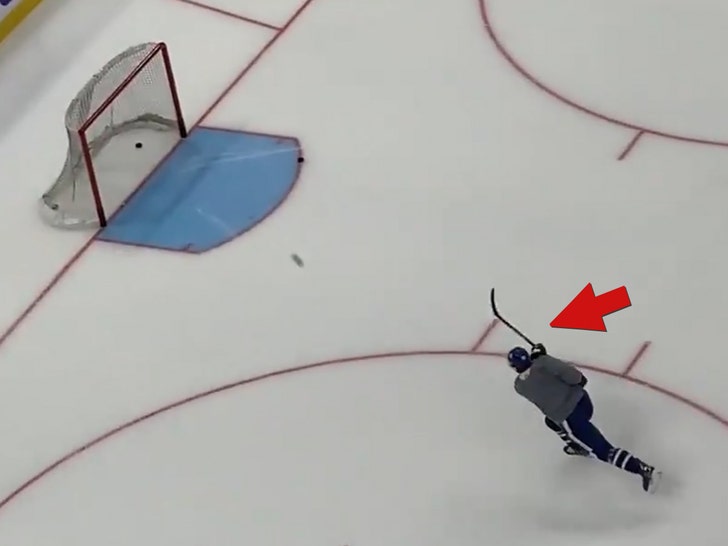 Incredible scene during Maple Leafs' workouts Thursday ... John Tavares was back on the ice just 1 week after severely injuring his head -- and he looked GOOD!!!

Tavares took a flying knee to the face last Thursday ... and the damage was so bad, the 30-year-old Toronto captain had to spend the night in the hospital.

But, great news, Tavares is already back on the ice ... reporters shot video of the dude skating around the Toronto rink Thursday morning as if nothing had happened!!

John Tavares departs the ice after skating for about 20 minutes.

Heck of a comeback, all things considered. pic.twitter.com/5AdBlYnnLP

Check out the clip, Tavares appeared to be moving just fine ... ripping slap shots and weaving around the ice no problem.

According to TSN's Kristen Shilton, Tavares' on-ice work lasted about 20 minutes ... before he eventually headed back into the locker room.

It's unclear if this means a return to actual gameplay is nearing for Tavares ... last week, the Leafs said in a statement John would be out "indefinitely."

Toronto, though, is currently leading its playoff series over Montreal, 3-1 ... and if Thursday's skate sesh is any indication, it seems very possible John could be back for Round 2 of the postseason if the Leafs are able to close the Canadians out.