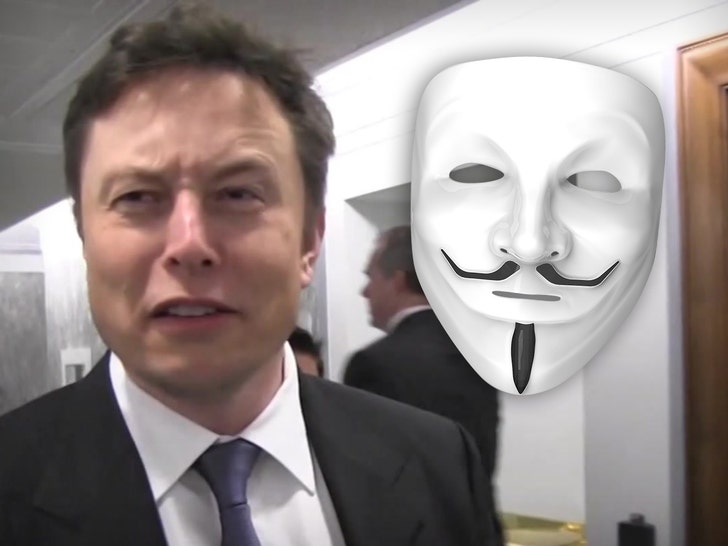 Elon Musk appears to be in the crosshairs of a notorious group of hackers who are responsible for some of the biggest digital breaches/leaks in modern history.

The Tesla CEO is the subject of a new video posted by Anonymous -- a coalition of self-described freedom fighters who use the "V for Vendetta" Guy Fawkes mask as their logo ... and who've caused a lot of grief for different orgs over the years, including Scientology, PayPal and others.

In their latest offering ... they're going after Elon, claiming the power he wields over cryptocurrency markets -- and the cavalier way he wields it -- has gone far enough ... especially as it pertains to Bitcoin, which has reacted wildly to Elon's words of late.

Anonymous claims that even though Elon has positioned himself as concerned about the environment with Tesla's pivot away from Bitcoin, he doesn't practice what he preaches within the company itself -- hurling many allegations against him and Tesla's practices at large.

Anonymous goes on to take even more shots at Elon personally ... saying he suffers from a superiority/savior complex -- noting he once dubbed himself the "Emperor of Mars" -- and that he's actually hurting working-class people and their prospects by his constant crypto trolling.

There's a lot to unpack here ... but the bottom line is, Anonymous seems to think Elon isn't a friend to the common man -- something they consider themselves to be -- and because of that ... they seem to be issuing a warning. As to what that is ... it remains to be seen. 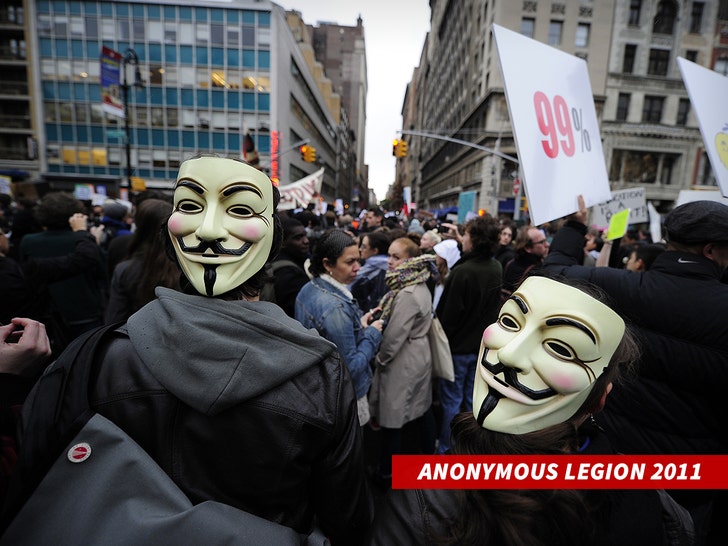 In other words, Elon and co. might wanna beef up their firewalls and encrypt passwords, STAT.