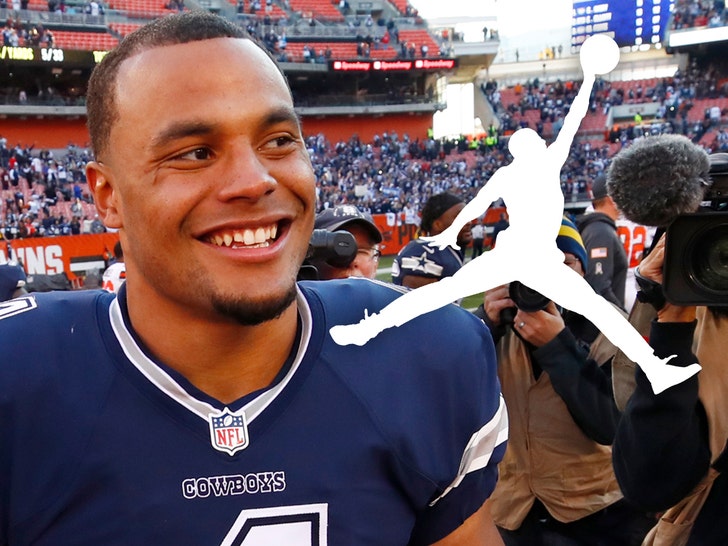 The exact terms of the contract have not been disclosed -- but it's a 5-year deal that will make him the highest-paid NFL player on the Jordan Brand roster, according to ESPN's Adam Schefter.

It's a big move for Dak, who signed with Adidas back when he was a rookie in 2016. But when Michael Jordan comes calling, it's hard to say no!

Prescott's agent has been on fire over the past few months -- his team just locked up a 4-year, $160 million contract with the Cowboys back in March which includes a $126 MILLION guarantee.

Remember, Prescott suffered a nasty ankle injury back in October -- knocking him out for the season and leaving many wondering if he would ever play football again.

But, Dak says he feels GREAT -- telling reporters back in May, "I could go play in a game right now and in my head be very, very successful."

Here is video of Dak Prescott talking about how healthy he is from his injured ankle. pic.twitter.com/iUa8QjgMcr

"There's no doubt that when I need to be successful, when I need to do the things that it takes to be on the field, I'll do exactly that and the timing will be right."