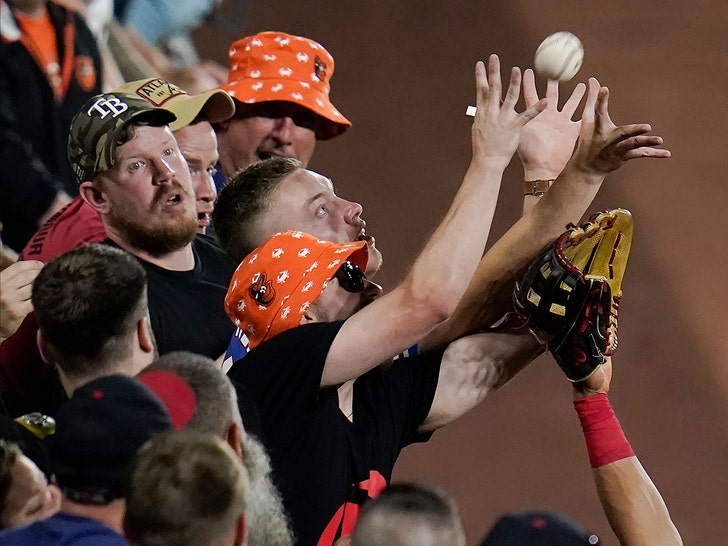 Orioles star Ryan Mountcastle drilled a fan in the face with a home run ball last week ... but he more than made up for it Wednesday night -- gifting the dude a signed bat!!!

The story behind it all is pretty damn funny ... during a June 4 game against the Indians, Mountcastle hit a blast into left field that clanked off of Jake Jones' dome as it crash-landed in the seats.

Jones' failed catch attempt did major damage ... he claimed on Twitter the ball hit his forehead so hard, he had a concussion and needed stitches to repair the damage.

But, Jones was still jacked over Mountcastle's knock regardless ... and decided to reach out to the 24-year-old slugger to congratulate him on the blast.

Turns out, Ryan felt bad about hitting the guy ... and promised him an autograph when he returned to Camden Yards.

At an O's game last week, Jake Jones (@JuicyJ_ake) took a Ryan Mountcastle homer to the dome. After connecting on IG, Mountcastle said to let him know next time he was at a game and he'd sign a bat for him.

Look like he held up his end of the deal tonight. pic.twitter.com/e8qH0UICjg

The Baltimore designated hitter signed a bat for Jones ... and the dude loved it, writing on Twitter, "LEGENDARY." 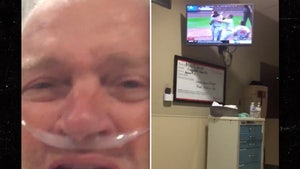 Orioles Fan Battling COVID In Hospital Cries After John Means' No-Hitter, 'He Did It!' 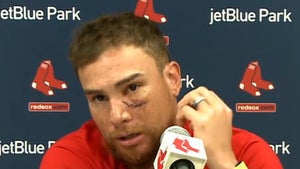