3:28 PM PT -- Ned's manager tells us ... her client died around 7:30 AM this morning of natural causes, surrounded by friends and loved ones.

Ned Beatty -- a veteran character actor, famous for his work in "Superman," "Network" and several other iconic films -- has died ... TMZ has learned.

A family member tells TMZ ... Ned passed away in his sleep Sunday while surrounded by family at his home. No other details surrounding the exact circumstances of his death were immediately available -- however, we've been told his passing is NOT COVID-related.

The guy has appeared in a variety of different movies and an even bigger variety of roles over his five-decade-plus career ... giving us memorable characters and even better performances. He'll perhaps best be remembered for his standout monologue in 1976's "Network," in which he played a TV/communications chief, who tries convincing the protagonist to stop resisting a major merger deal that will adversely affect the masses.

It's an epic 5 to 6-minute speech he gives to the fictional truthteller, Howard Beale -- one of the only times Beatty appeared on screen in this flick, BTW -- ... and it earned him a Best Supporting Actor nomination at the Oscars that year. That's how great it is.

Beatty had scores of other unforgettable movie moments -- notably, as the bumbling sidekick to Gene Hackman's Lex Luthor, Otis, in the 1978 version of "Superman" in which he completely flipped the script from serious to comedic ... which he carried on for the sequel too. In other words, Beatty had incredible range -- and flexed it often in his acting.

Ned had appeared in several big hit TV shows as well through the years, such as "Law & Order," "Roseanne," "The Boys," "Highway to Heaven," "American Playhouse," "Szysznyk," "The Rockford Files," "M*A*S*H*," "Homicide: Life on the Street," 'CSI,' "Murder, She Wrote" and countless others.

He's survived by his wife, Sandra Johnson, and his eight children and grandchildren. Ned was 83. 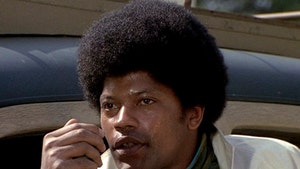 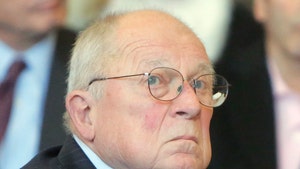