That's how Skylar Diggins-Smith responded to some shade Jazmine Jones threw her way this week ... and yeah, there's now some Grade-A beef going down in the WNBA!!!

The epic clapback from the Phoenix Mercury star went down Monday afternoon ... after she saw an IG comment Jones had left on one of her highlight videos.

Girl shut tf up! They can’t post a highlight? Complain to your organization, first, why they only hype one person!

Bleacher Report had posted footage of Diggins-Smith destroying NY Liberty rookie DiDi Richards during their game Sunday ... and Jones hated it, noting Diggins-Smith's squad still lost to the Liberty despite the highlight clip.

"Yeah but caught the L….." Jones wrote. "Hyping up the wrong stuff."

Jones went on to say the video should've featured her star teammate Betnijah Laney, who helped lead the Liberty over Diggins-Smith's Mercury squad, 85-83.

Diggins-Smith, though, was having NONE of the shade ... she responded by telling Jones to shut her mouth -- adding, "They can’t post a highlight?"

"Complain to your organization, first, why they only hype one person!"

The Liberty and Mercury won't play again until August ... so here's to hoping two months doesn't prevent everybody from keeping this same energy when they clash on the court! 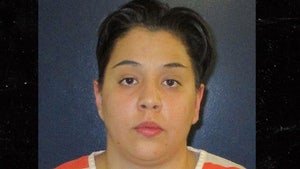 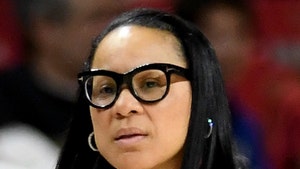