10:33 AM PT -- Chrissy's husband, John Legend, is coming to her defense and accusing Costello of faking the DMs to insert himself into the controversy she's dealing with.

John points to the story that broke alleging the DMs were manipulated as "receipts," and claims ... "This exchange was made up, completely fake, never happened."

The singer adds ... "I encourage everyone who breathlessly spread this lie to keep that same energy when they correct the record."

Michael Costello's doubling down on claims Chrissy Teigen's bullied and traumatized him, and says her attempts to discredit him confirm "she remains the same bully."

The "Project Runway" star's responding to news that broke Thursday night -- Chrissy's team alleges the 2014 Instagram direct messages Costello shared earlier this week to show how she bullied him ... are fake, or at least manipulated. 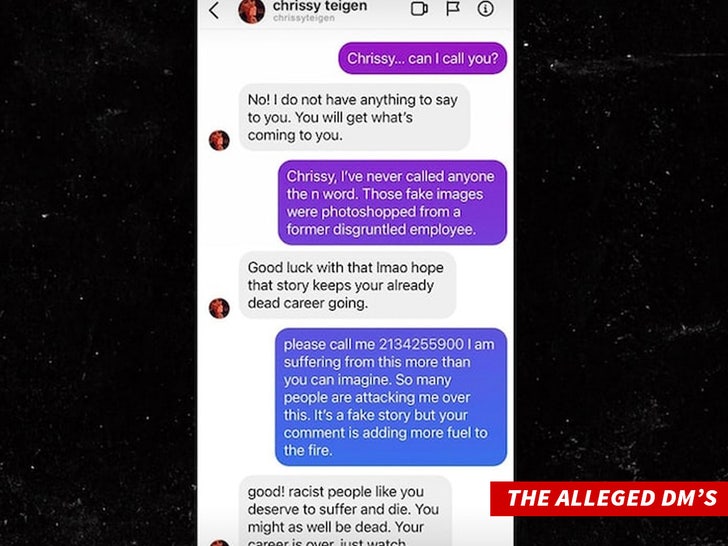 Chrissy's side claims the purported DMs between Teigen and Costello contain technical inconsistencies suggesting they were altered.

As we reported ... Costello claims Teigen attacked him because she mistakenly believed he had posted something racist, and he says it led to a yearslong campaign to get him blacklisted from the fashion industry. He also claims Chrissy nearly drove him to suicide. 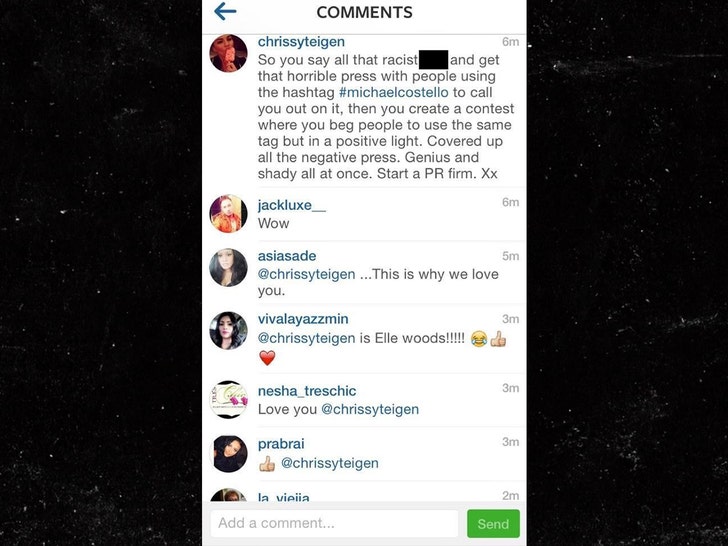 Though Chrissy's team is calling the DMs into question, Costello maintains that for 7 years he's been "a victim of trauma and bullying by Chrissy Teigen both online and offline" ... and points to public comments she posted as further proof.

He adds ... "When a victim feels like their only recourse is to speak up, and the abuser’s first move is to discredit the victim and shame him publicly, this perpetrates victim-blaming and it costs lives."

Costello also alleges he has emails and documents unreleased to the public that show Chrissy went beyond social media to blacklist him in the real world, "making him endure over seven years of suffering - mentally and financially."

While Chrissy has said she plans to reach out personally to some of the people she bullied -- the continued back and forth allegations between Michael and her don't bode well for any sort of face-to-face ... as he had invited her to do.