Pope Francis may be a superhero in the Catholic church, but he came face-to-face with a guy who's a hero to children everywhere ... including kids in hospitals he visits to cheer them up.

The Pope met with an amazing young man dressed in a full Spider-Man suit Wednesday in Vatican City. The costumed character was seated in the VIP section of the audience in the Vatican's San Damaso Courtyard. 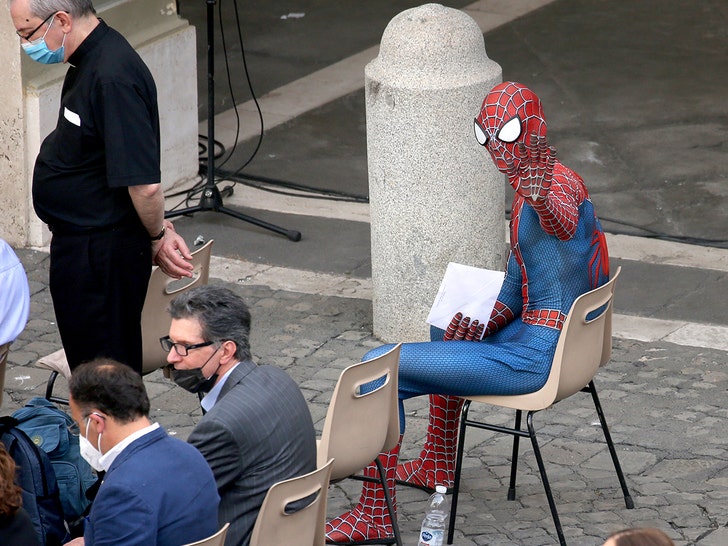 That's because Spidey -- who's really 27-year-old Mattia Villardita from northern Italy -- was being honored for the work he does dressing up as superheroes and visiting sick children at hospitals to raise their spirits.

Villardita did his best to blend in while sitting in the crowd, but c'mon ... this is a sighting that definitely makes front page of the Daily Bugle.

After His Holiness finished with the general audience event, Spider-Man got an audience with him -- they shook hands, and the webbed wonder handed the Pontiff a mask of his own. He didn't put it on. Not immediately, anyway. 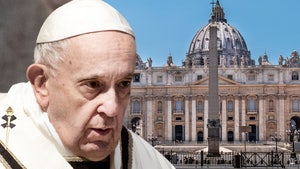 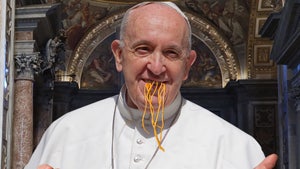 Pope Francis Eating Too Much Pasta, Needs Diet Change For Sore Back