Wentworth Miller says he learned something about himself in quarantine ... he's autistic.

The "Prison Break" star just revealed he's been diagnosed with autism, something he says came as a shock but wasn't exactly a surprise.

Wentworth says he's approaching 1 year since he received his informal autism diagnosis, which was preceded by a self-diagnosis and followed by a formal diagnosis ... saying diagnosing autism is a "long, flawed process in need of updating," particularly when experts are diagnosing adults and not children.

He says being autistic isn't something he'd change about himself, because it's central to who he is and part of everything he's achieved in his career.

With his official diagnosis, Wentworth says he's not going to suddenly dedicate his celeb platform to autism awareness, because he doesn't know enough about autism.

He says he's re-examining his life through a new lens and doesn't want to talk over the autistic community or speak for them, admitting he's still ill-informed. 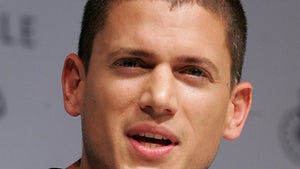