Bill Gates now deeply regrets having forged a relationship with the late Jeffrey Epstein ... but says it was something he did with good intentions.

The recently-divorced billionaire told Anderson Cooper he initially had several dinners with Epstein in hopes of getting billions of dollars from Epstein's wealthy contacts steered towards his global philanthropy efforts. 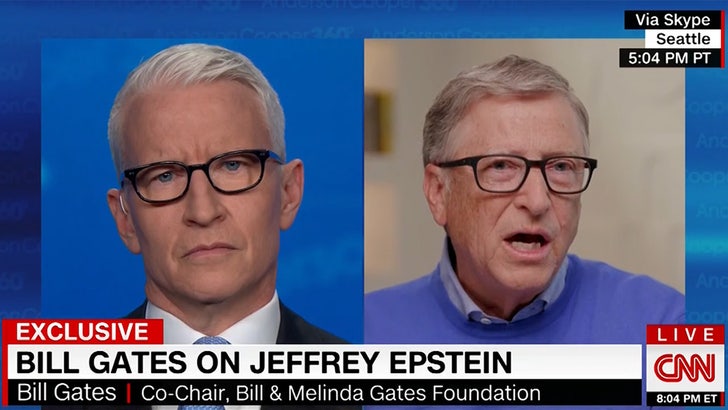 The Microsoft founder admits that when he realized that was never going to happen ... he says he ended the relationship with Epstein, who would ultimately be accused of child sex trafficking. Gates called the period a "huge mistake." Epstein took his own life while behind bars in August 2019.

There had been reports Melinda Gates hired divorce attorneys around October 2019 -- when Bill's relationship with Epstein became public -- because she was pissed about the Epstein tie, as well as allegations Bill had come on to different women. 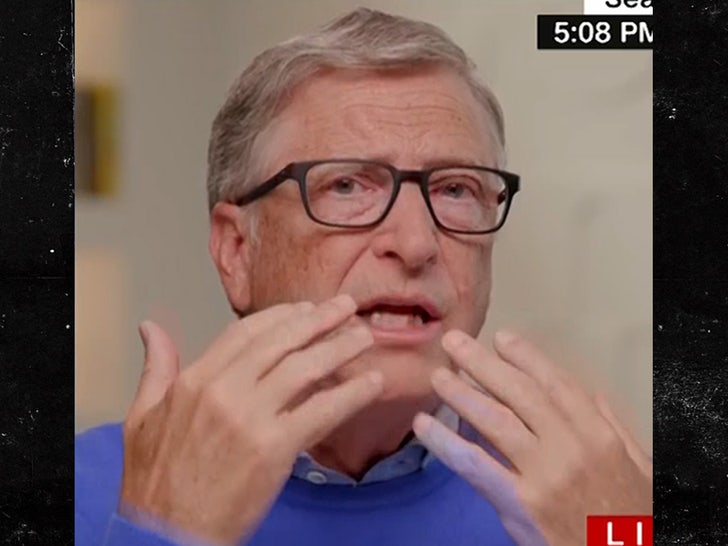 As we reported, Bill and Melinda finalized their divorce earlier this week. It was an acrimonious divorce ... for obvious reasons.

Btw, Bill was seen during his CNN interview without his wedding ring. He had been wearing it as recently as May, during a conference with the U.S. Chamber of Commerce.