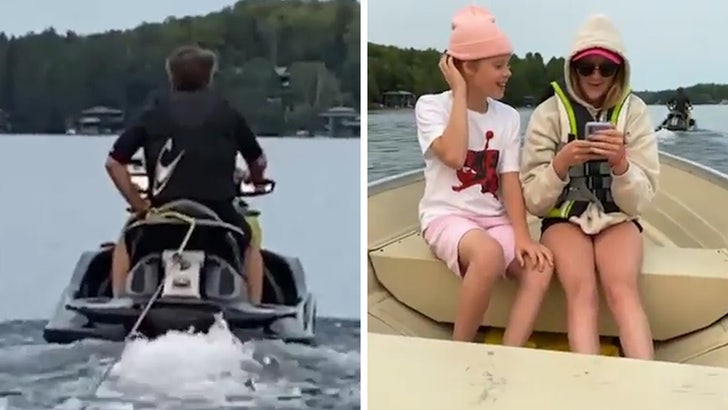 Usually, the last thing you wanna see while stranded in the water is a shark ... but this time, it was a GOOD thing -- 'cause "Shark Tank" star Robert Herjavec saved the day by rescuing an ex-hockey player and his family during a boat trip on the lake!!

Here's the deal ... 41-year-old Tom Lawson -- who played 10 years in several different leagues -- was out with his wife and kids on Lake Joseph in Ontario, Canada ... when their boat ran out of gas.

To make matters worse, the sun was going down and Lawson's boat was not meant to be out at night ... so the whole family started flailing their arms and calling for help.

As it turns out, the businessman was out on his jet ski at the same time ... and noticed the family trying to get his attention.

My granddaughter posted this of the superhero shark @robertherjavec who towed them to safety today on lake joseph …. pic.twitter.com/8ToP0sZd5Y

"My first thought was they must love 'Shark Tank,' but then I realized they were out of gas and stranded," Herjavec told People.

The Shark says he immediately sprang into action and found a rope to tie to Lawson's boat ... and towed them back to land with his jet ski!!!

Thank you @robertherjavec for rescuing my daughters family stranded on Lake Joseph Canada today 🇨🇦 nice tow to help them back to their cottage #sharktank @TMZ pic.twitter.com/PRzK7Z0brg

"Did my good deed for the day," Herjavec said on Instagram.

The group was extremely thankful for the rescue ... and even posed for a pic with their hero.

Awesome stuff ... but we're sure Tom will be sure to fill that tank up next time!! 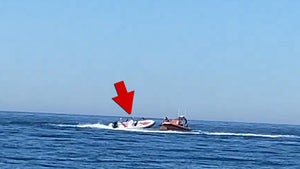 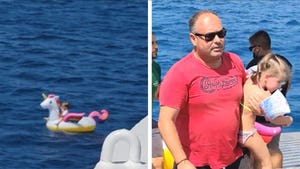 Little Girl Drifts Out to Sea in Inflatable Unicorn, Rescued by Ferry