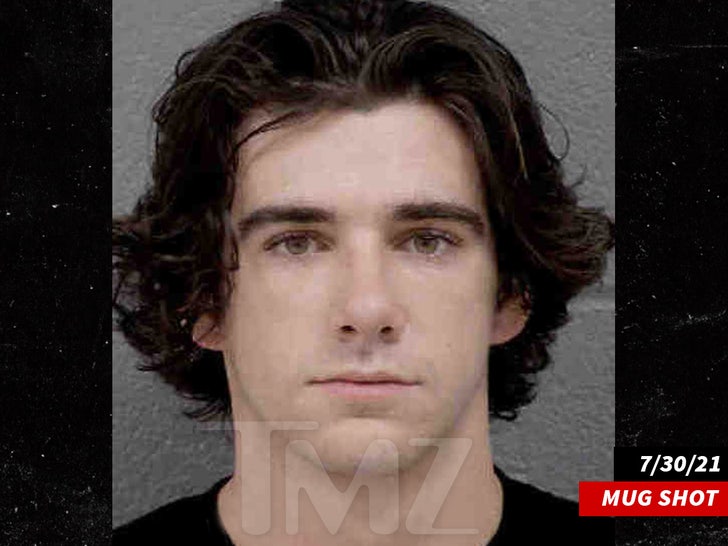 Cops say former Vine star Hayes Grier had an accomplice conspire with him during his alleged beatdown that left a man with brain damage ... and now the guy's been arrested on felony charges.

Luke Foushee, a social media star and influencer like Hayes, was arrested and booked into jail in Mecklenburg County last month in the wake of the alleged vicious beating on a man involving Grier and himself.

According to the arrest warrant, obtained by TMZ, cops believe there's evidence to show Foushee and Grier planned the attack.

Foushee is now out on bail after being booked for conspiracy and assault inflicting serious bodily injury -- both felonies -- and posing for a mugshot on his way in.

TMZ broke the story ... Grier was arrested and charged for allegedly carrying out the savage beatdown on a man and jacking a $1,200 phone. As we reported, the man was left with brain damage, bruised ribs, broken bones and more.

Like Hayes, Foushee was huge on Vine before the app collapsed years ago ... and now he's doing his thing online as an influencer.