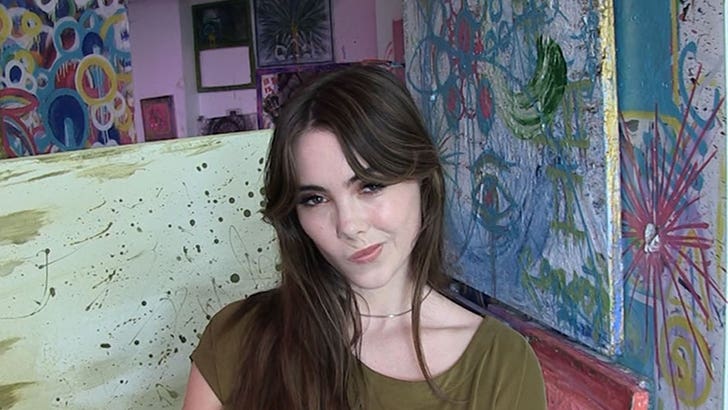 McKayla Maroney is selling an NFT featuring her "Not Impressed" meme -- one of the most memorable moments in Olympics history -- but it could run you 7 figures!!

Sure, it ain't cheap ... but what'd you expect from such an iconic moment?!

TMZ Sports caught up with the gold medalist at Enso Studio art gallery in Malibu ... where we asked Maroney about the release of the NFT. 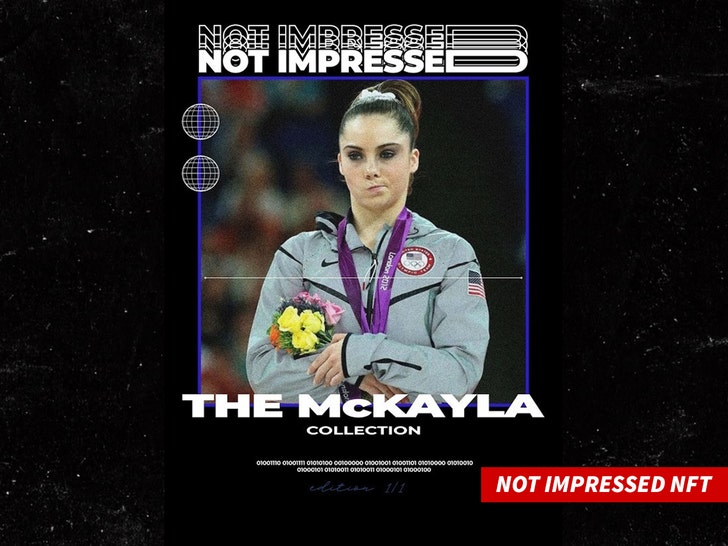 "There really has been a gap in sports and capturing iconic moments like that. And to put my meme out, I'm just so excited to do that because its something that meant a lot to me and it really changed my life," Maroney says.

Of course, McKayla was photographed looking anything but impressed after winning the silver medal in the vault at the 2012 Olympics. The image went crazy viral.

The 2x Olympic medalist even met then-President Obama ... and they took a picture together doing the "not impressed" pose.

"I think it just stands for being imperfect is okay. And to be not impressed, even the President [Obama] said he is not impressed sometimes." 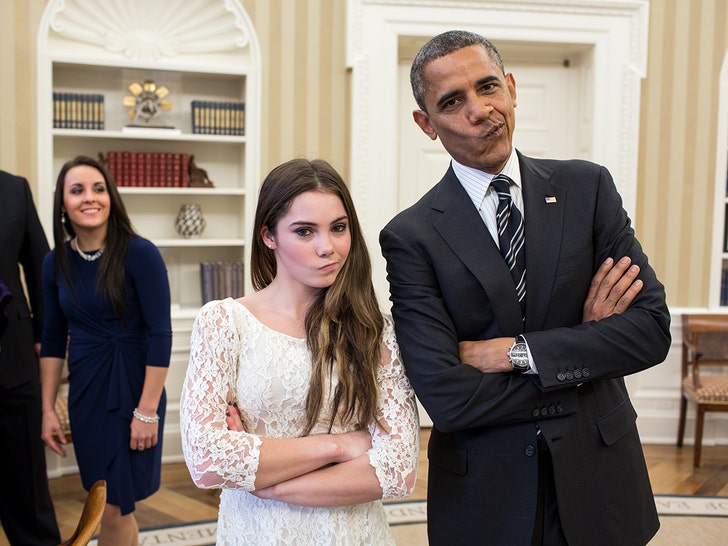 It wasn't just politicians ... a bunch of A-list stars like Miley Cyrus also hopped on the bandwagon.

Now, you can own the NFT.

But, you won't just get the iconic image ... Maroney says she's also throwing in a private gymnastics lesson AND a copy of her soon-to-be released book.

The auction is currently live at OpenSea ... and has a starting bid of 15 Ethereum (crypto) -- which converts to around $47k.

But, McKayla tells us she expects the NFT to bring in a whole lot more ... saying she could easily see it smashing the million dollar mark.

Auction ends Wednesday night ... so, fire up that coin base account and happy bidding!! 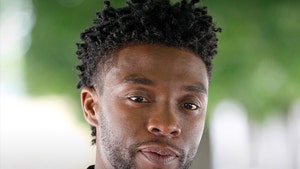