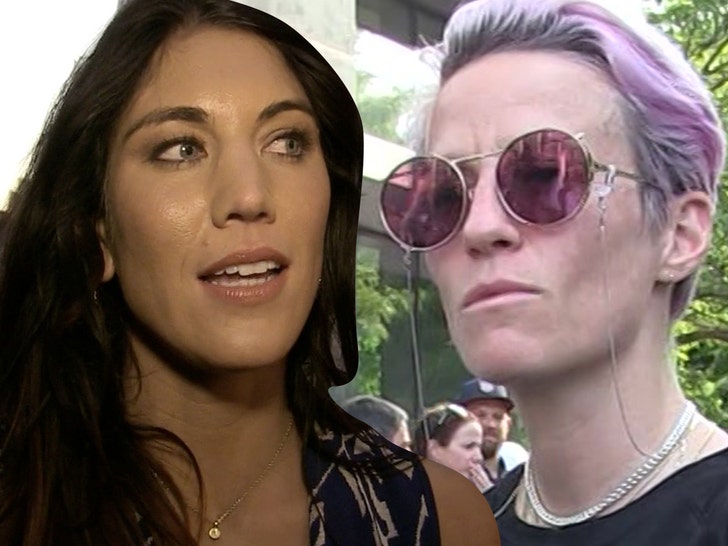 U.S. soccer legend Hope Solo says Megan Rapinoe was so passionate about getting their squad to kneel, she would "almost bully" her teammates into joining the demonstration.

The 40-year-old former goalie joined "All of US: The U.S. Women's Soccer Show" podcast when she was asked about former President Trump's criticism of the "Leftist Maniacs" on Team USA.

Solo -- a World Cup champ and 2x Olympic gold medalist -- admitted that kneeling for The Star Spangled Banner was a polarizing issue.

"I think the kneeling thing can be very divisive. I do appreciate the fact that there's no National Anthem right before the game. To really remove that decision from the athletes. Because that's very tough, it's tough," Solo says.

"I've seen Megan Rapinoe almost bully players into kneeling because she really wants to stand up for something in her particular way. But it's our right as Americans to do it in whatever way we're comfortable with."

In 2016, Rapinoe became the first women's soccer player to kneel ... in solidarity with Colin Kaepernick. 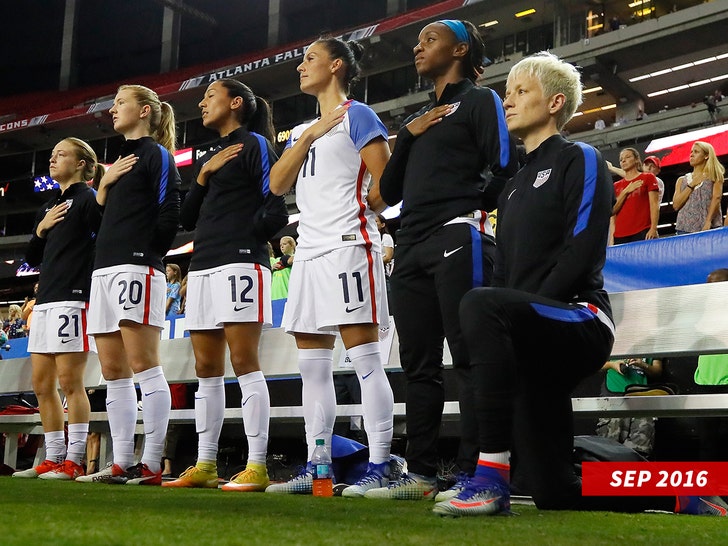 Of course, the women's team was on the receiving end of a verbal attack from Trump ... who blamed the teams lack of success (the bronze medal winning team were favorites to take home gold) on their "radical left politics."

"If our soccer team, headed by a radical group of Leftist Maniacs, wasn't woke, they would have won the Gold Medal instead instead of Bronze," DT wrote in a statement blasting the team.

"Woke means you lose, everything that is woke goes bad, and our soccer team certainly has."

Solo and Rapinoe were teammates on the USWNT for about 10 years ... but not during the time Megan took a knee. 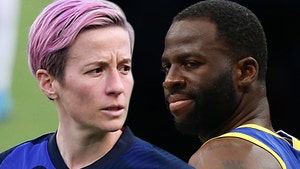