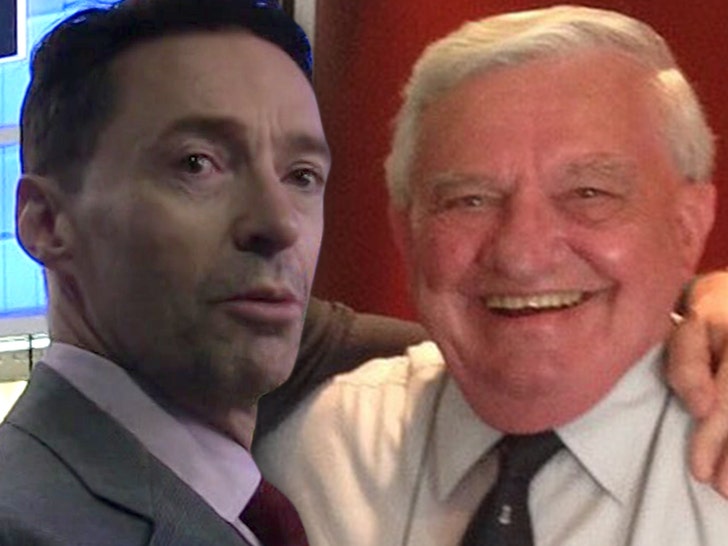 Hugh Jackman's dad has passed, and making it even tougher ... it happened on Australian Father's Day.

Hugh made the announcement about his father, Christopher John Jackman ... "In the early hours of Father’s Day (AU), my Dad peacefully passed away. And whilst there is deep sadness, I’m filled with such gratitude and love. My Dad was, in a word, extraordinary. He devoted his life to his family, his work and his faith. I pray he’s now at peace with God."

Jackman returned to Australia from New York in June.

Hugh and his 2 brothers, Ian and Ralph, were raised by Christopher in Sydney. Jackman was 8 when his mom left for her home country of England ... leaving Christopher as a single dad to care for his kids.

The divorce split the children ... Hugh's sisters, Zoe and Sonya, went to England to live with their mom while the boys stayed behind. Hugh said it was tough ... "It was traumatic. I thought she was probably going to come back. And then it sort of dragged on and on."

Jackman said she never came back, and he only saw his mom once a year after that.

Hugh and his mom re-established their relationship many years later. He posts pics of them together at various events. 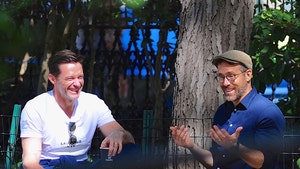 Hugh Jackman and Ryan Reynolds Yuk it Up, Truce Looks to Be On 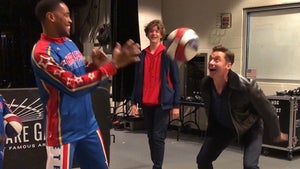 Hugh Jackman Gets a Ball-Handling Lesson from the Harlem Globetrotters