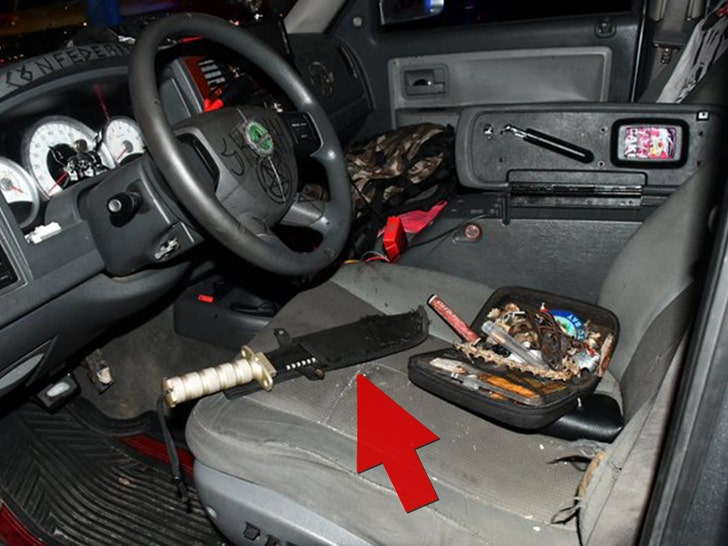 A California man is in Capitol Police custody after cops found several weapons in his truck -- including a freakin' bayonet -- and Nazi swastikas all over on his ride ... as he camped out near the Democratic party's HQ.

44-year-old Donald Craighead was arrested early Monday morning in D.C. -- where cops say one of their officers noticed him lurking in his pickup outside the DNC headquarters. To the cop, he seemed suspicious ... having no visible license plate, and baring painted-on swastikas on the vehicle. 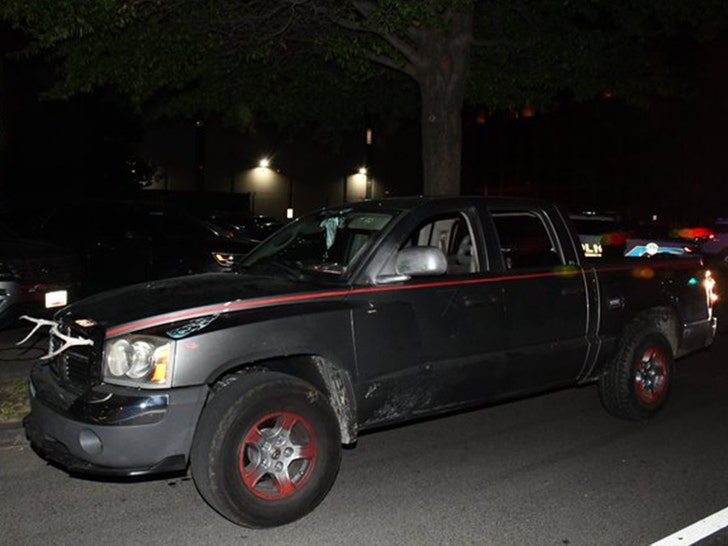 The cop approached to see what was up, and USCP says their guy saw a bayonet and a machete inside, plus a ton of other white supremacist symbols. Craighead -- who had come all the way from Oceanside, CA -- was booked for possession of prohibited weapons.

As for what the heck he was doing there in the first place, Capitol Police say Craighead told them he was on "patrol" ... and that he started spewing hate-filled rhetoric. 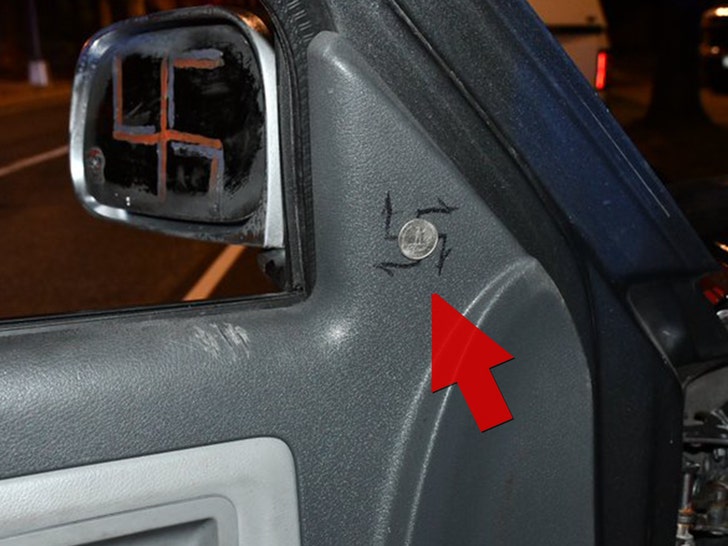 Cops posted pics of the weapons allegedly found during the bust, and it's a pretty eerie scene ... especially the swastikas.

The symbols are scribbled on the inside of his door, on his steering wheel ... and the side-view mirrors. 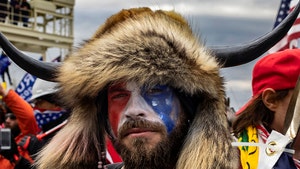 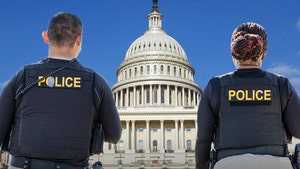 Police Preparing for Sept. 18 Capitol Rally, All Hands on Deck