Border Patrol agents attempting to push back Haitian migrants trying to cross into the U.S. used what appear to be horse reins as whips to keep them at bay ... and now, the White House says it's looking into the tactic.

The images surfaced this week amid a chaotic situation at various parts of the U.S.-Mexico border, especially in Texas ... where scores of people have been wading across the Rio Grande to the U.S. side -- including thousands of Haitians, many of whom have set up camp under a bridge in the town of Del Rio, which has grown exponentially in recent days. 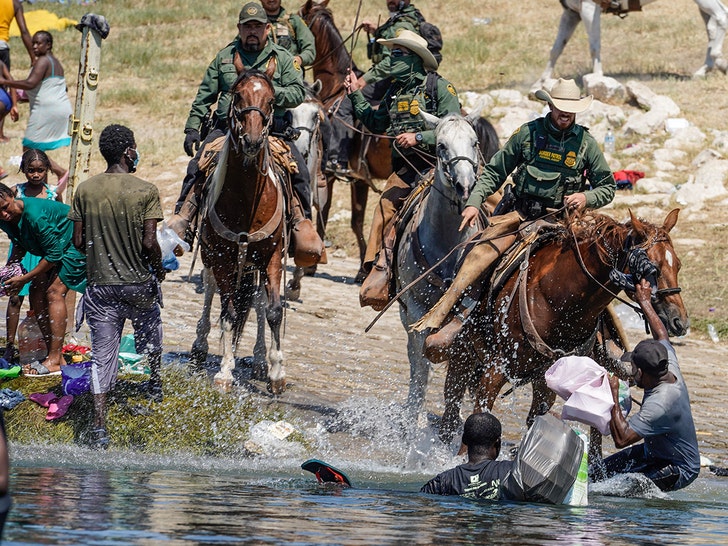 As a way to deter people ... some border agents on horseback were photographed and taped swinging around what seems to be either reins or lariats attached to the saddle equipment on their steeds. The photos and video here don't appear to show the agents actually make contact with any of the Haitians trying to cross, but still ... it looks bad.

POTUS's Press Secretary, Jen Psaki, was asked about it repeatedly during Monday's press conference ... and said the staff had seen the footage, but needed more information to make an assessment on what was actually happening before weighing in further.

Still, Psaki did acknowledge that based on what they'd seen thus far ... it didn't seem like anything that'd be appropriate in any scenario, but made a point to say they were trying to gather the full context and more details -- despite reporters pushing back and getting testy.

One journo flat out asked if this is okay under Biden's watch and if it would continue -- but Psaki held the line ... namely, that they were looking into it. 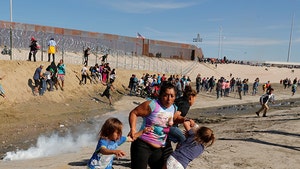