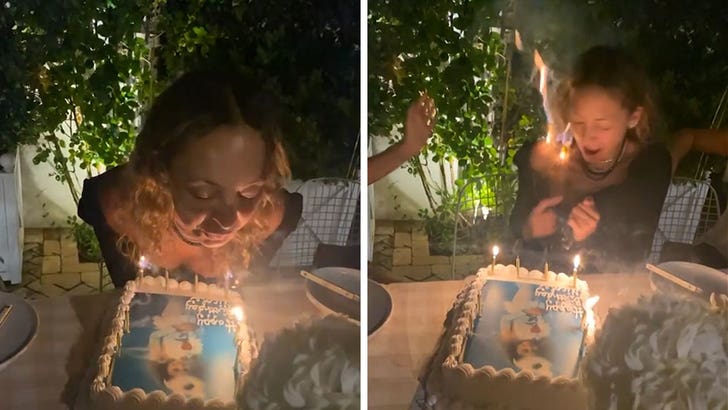 Nicole Richie is probably wishing for a fire extinguisher on her 40th birthday ... because her hair was set ablaze during her birthday dinner.

The actress posted a video Tuesday showing herself blowing out the candles on a cake to ring in the big 4-0 -- and all seemed to be going well, until she reached the final candle ... and flew a little too close to the sun.

Some stray strands of her locks made contact with the flame below, and the fire quickly jumped onto her body and started climbing up. It actually looks like the other side of her head might've caught fire as well -- but that was quickly put out by someone nearby. 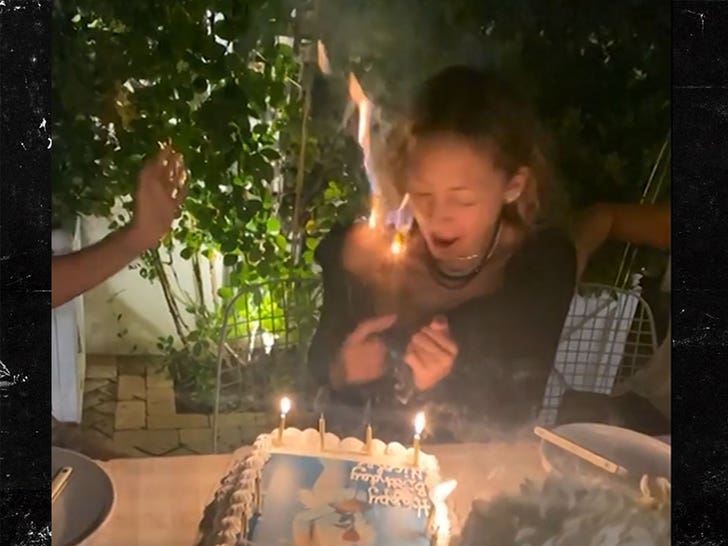 However, her right side was still caught in the flame ... and she starts to scream as it spreads. The video cuts out before we can find out what happens next -- but we're assuming NR is okay.

Her caption to this read, "Well... so far 40 is 🔥." Pretty jokey, so you gotta figure she walked away from this relatively unscathed. Still, pretty freaky nonetheless.

Not to make too much light of this -- but that's hot, Nic. Be careful! 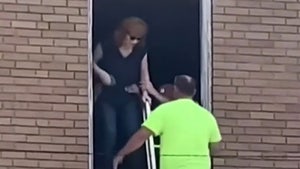