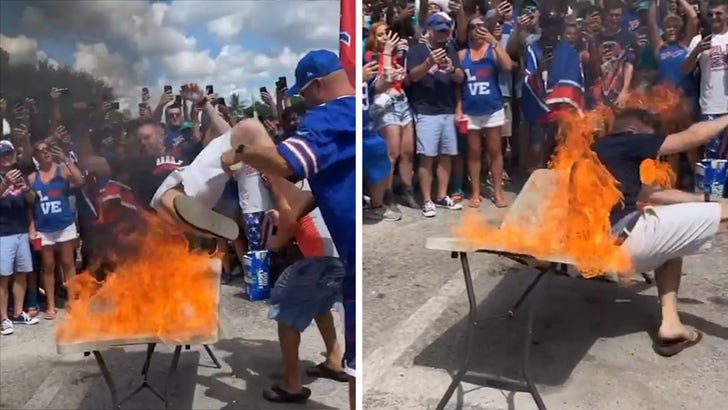 Bills fans were at it again this weekend as their team got set to face the Miami Dolphins -- busting out the foldable tables for body slams ... only this time, making it combustible.

Check out this crazy video showing a rowdy bunch from the so-called 'Mafia' raging in the parking lot of Hard Rock Stadium ahead of kickoff ... and carrying on their tailgate tradition of throwing themselves (or each other) into Lifetimes -- cracking it in the middle.

They were doing the same here ... except, it was one dude being hoisted up by a couple others, who then tossed him onto a table that was on fire. Looks like a lighter fluid job.

Sure enough, he hits it -- but the table doesn't really snap like it's supposed to ... and even freakier, the guy seems to get caught in the flames for a quick minute. Luckily, he's able to jump out in time before catching on fire himself and runs to safety. Probably a little toasty, we're sure.

As dangerous as the table stunt already is, this takes it to a whole other level -- and it goes without saying ... don't try this at home, kids. 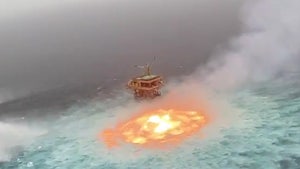 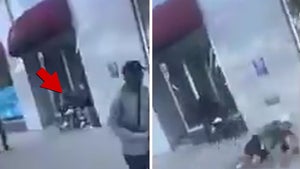