Robert Griffin III is open to going back to where it all began -- the current free agent says he'd LOVE to make a big comeback with the Washington Football Team ... but he's not gonna beg.

Of course, RG3 was the #2 overall pick to Washington back in 2012 after a Heisman-winning season with the Baylor Bears ... but things didn't necessarily go according to plan, as the QB faced several injuries throughout his time with the team. 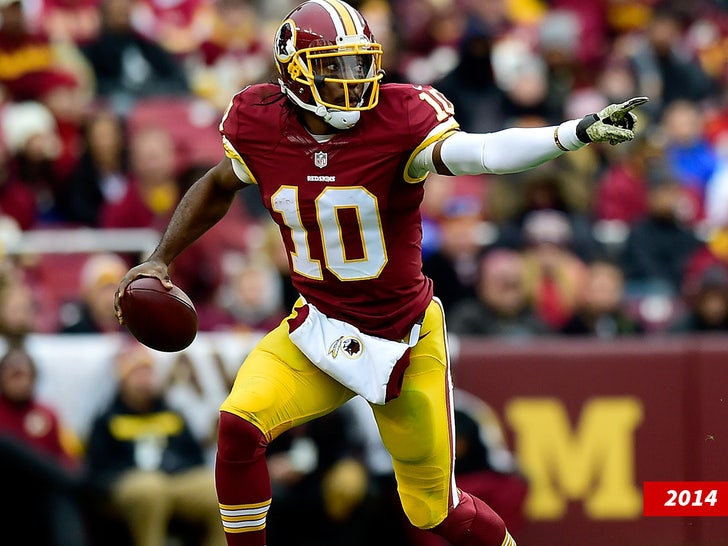 With the injury bug biting the WFT as well in 2021, RG3 -- who hasn't played since 2020 -- was asked if he'd pick up the phone if coach Ron Rivera came calling ... and he sounds more than willing to listen to what he's gotta say.

"Yeah, I mean it could [work out], to be honest," Griffin said to "The Adam Schefter Podcast" on Tuesday. "But, for me to go back to Washington ... that would have to be something that coach Ron Rivera and the team would be open to."

"You never say never, is what I would say," he added. "Would I be open to it? Yeah ... I would love to go back and be able to have that come full circle. But, am I begging for that or pleading for that? Nah ... But, if your guy goes down, make the call."

It just so happens WFT QB Ryan Fitzpatrick is out several weeks with a hip injury ... and Griffin says he's still got that competitive fire in him.

"There's a hunger in me that makes me want to continue to play."