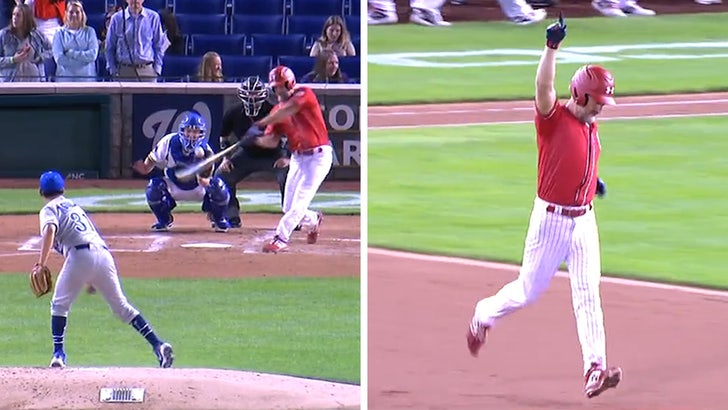 Greg Steube looked less like a politician and more like Juan Soto on Wednesday night ... hitting a towering home run in the Congressional Baseball Game that was WILD!!

Steube -- a Republican from Florida -- blasted the moonshot dinger in the third inning of the annual Democrats vs. Republicans game ... and you can see in footage of the homer, he got ALL of the ball.

Steube planted the pitch several rows into the seats in left field at Nationals Park -- clobbering the baseball more than 330 feet!!!

"That was a bonafide Major League home run right there," one of the game's announcers said on the broadcast.

In fact, the swing was so impressive, Steube got some dap from the Democrats as he rounded the bases -- and then he was mobbed by his Republican teammates when he stepped on home plate. 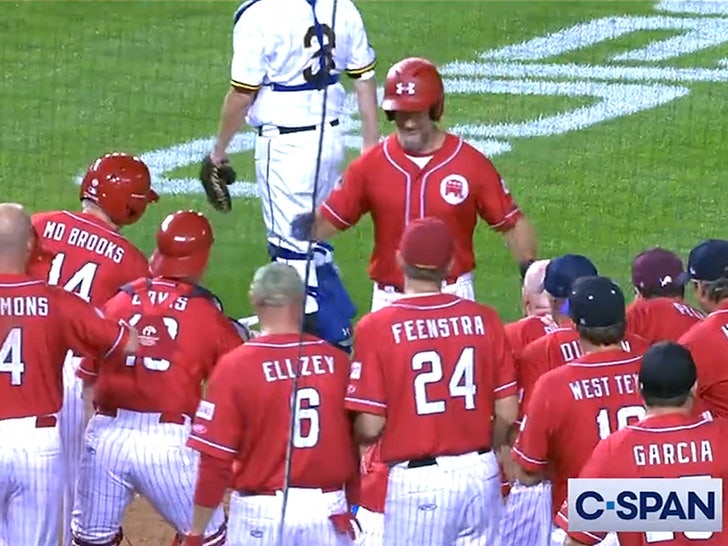 For his part, Steube seemed to love the tater as well -- 'cause his home run trot was long, slow, and featured a lengthy finger point to the sky!!

Steube became the first participant in the game to hit an out-of-the-park homer at D.C.'s MLB stadium since the contest was moved there in 2008. 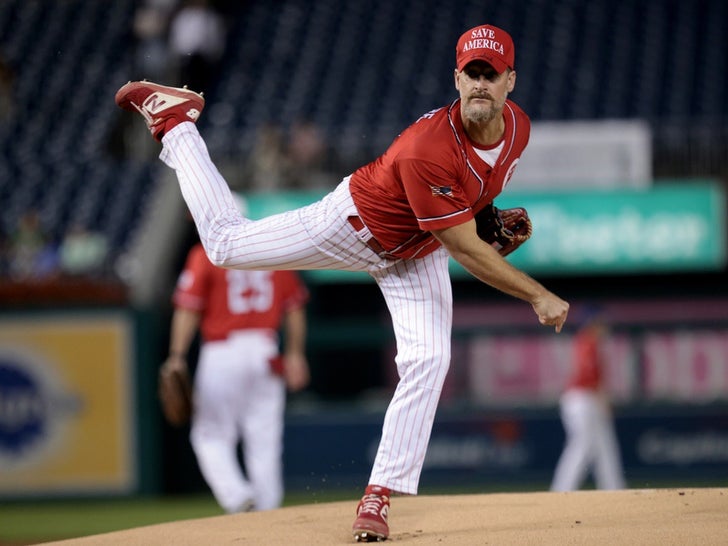 And, in addition to his heroics at the plate ... the 43-year-old politician also pitched in the game -- and later played some stellar defense at third base, helping the Republicans win the evening, 13-12, for the first time since 2016.

Steube's probably got too much on his plate to make a run at The Show -- but it should be noted, the Nats are in danger of finishing in last place in the N.L. East this season and could use some help. 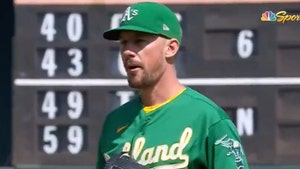