Keanu Reeves knows how to treat his movie crew right -- the guy handed his 'John Wick' stuntmen new watches as a thank-you for their services. Oh, and they were Rolexes!.

The veteran actor, who's beloved in Hollywood, kept his nice-guy rep going strong over the weekend ... when he dished out brand-new 2020 Submariners to 4 guys in Paris, who went to the mat for him on camera -- this as "John Wick 4" completed filming.

Keanu such a generous man, he gifted his entire crew with watches as a wrap up presents. 📸jeremy skillz #keanureeves pic.twitter.com/Rl5oIrPMd8

One of the stuntmen, Jeremy Marinas, took to social media to post photos of the Rolexes ... writing "Best wrap gift ever." He showed closeups of the timepiece, which was even engraved with a custom message, courtesy of Keanu and co.

Looks like each stunt guy got his own name etched in, as well as being assigned a number ... Jeremy here appears to have been the fifth "John Wick," as it were. KR is probs #1.

JM also got a shot of all the stuntmen (plus Keanu) holding their watches close together in unison -- and it's pretty freaking awesome, especially when you consider the retail price tag here comes in just under $10k a pop.

Like we said, this makes for a great gesture from Keanu -- and speaks to how much he appreciates folks who work behind the scenes and help bring his projects to fruition.

It also follows in the footsteps of great presents from bosses lately -- like Spanx CEO Sara Blakely, who also did it big for her staff. 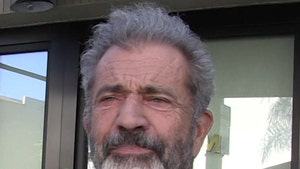 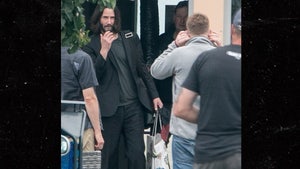