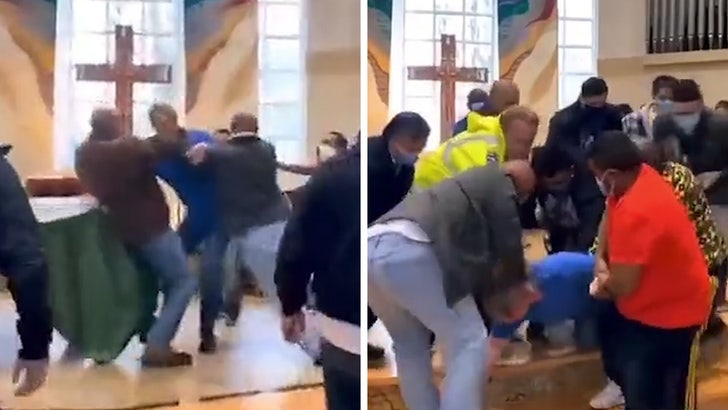 Instead of catching the Holy Ghost, one man caught these hands -- he defied the priest by storming the altar without wearing a face mask ... and the other churchgoers gave him a beatdown.

The video -- shot Sunday inside a church in Lakewood, WA -- shows the man approach the altar, and the priest immediately identifies him as a problem, saying he was trespassing and needed to leave immediately. Words didn't stop him, but when he got up on the altar ... several church members rushed out of their pews to manhandle him.

Fists were flying, and several guys fell to the ground ... eventually, someone calls 911 and the man was arrested for trespassing. 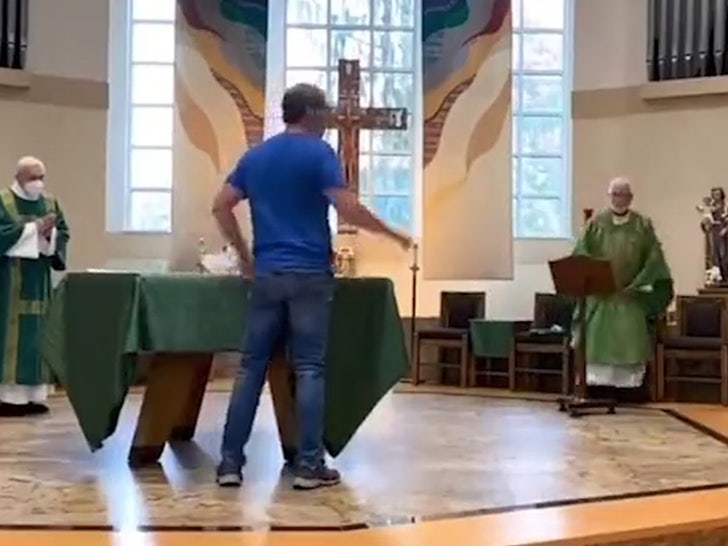 As for what led up to the incident, local station KIRO obtained a letter from Father Paul Brunet to worshippers explaining the history. Brunet says problems started with the man last month after he threatened the safety of church staff and other parishioners.

Brunet claims he had a meeting with the man to help fix things, but they only got worse ... and the church had no option but to ban him from the property. The guy still showed up ... and that's what you see playing out in the video.

According to KIRO, the church is now working with cops and a security company to make sure everyone stays safe moving forward.