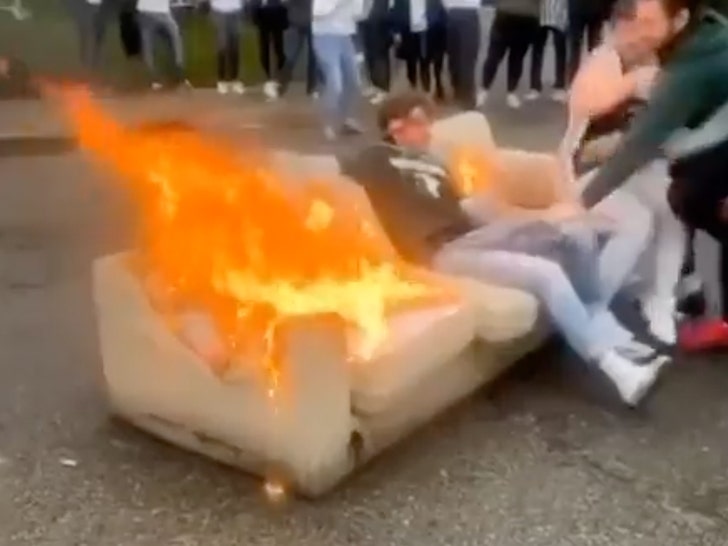 Michigan State football fans went WILD after beating hated rival Michigan in East Lansing on Saturday, setting couches ablaze and flipping at least one car before smashing its windows, after the thrilling victory.

Cue the craziness around campus.

Fans lit couches on fire ... sending flames and heavy black smoke billowing into the sky. Someone even caught themselves on fire (yes, really) when they sat on a burning couch.

The fire department received calls for at least 20 fires burning around the city before the clock even hit 6 PM, according to The Detroit News.

A bunch of students also flipped a vehicle ... and smashed its windows.

A vehicle has been flipped. Students currently celebrating atop and kicking in the windshield. @thesnews pic.twitter.com/3Xzj0RkY4x

It's unclear if police made any arrests.

With the win, Michigan State is now 8-0 overall, and 5-0 in their conference. No other Big Ten team is undefeated. They'll play Purdue next week in Indiana. 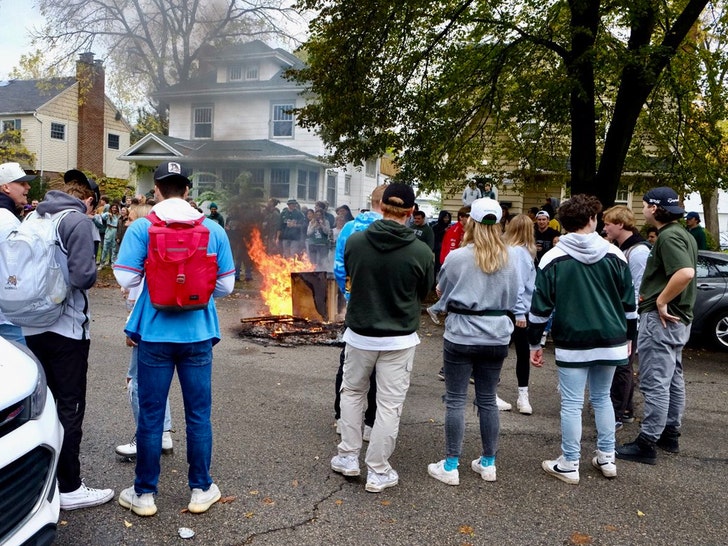 The loss was Michigan's first of the season ... leaving them 7-1.