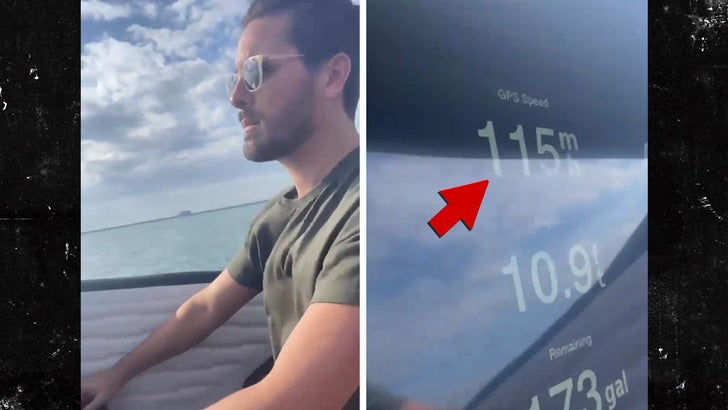 Scott Disick is processing Kourtney Kardashian's engagement with a little QT with his eldest son -- and also by navigating choppy waters at ludicrous speed... literally.

Papa bear was out with his kid, Mason, Monday in Miami -- and at some point he went cruising in a vessel out in the ocean blue. It's unclear if Mason was onboard, but what's clear is ... SD put the pedal to the metal!!!

By that, we mean the guy was going super fast -- upwards of 115 MPH, which you can see in a video Scott posted with the caption, "115 with room to go," later adding ... "Gotta love Miami." It appears Scott's pal, graffiti artist Alec Monopoly, was the one recording the video. 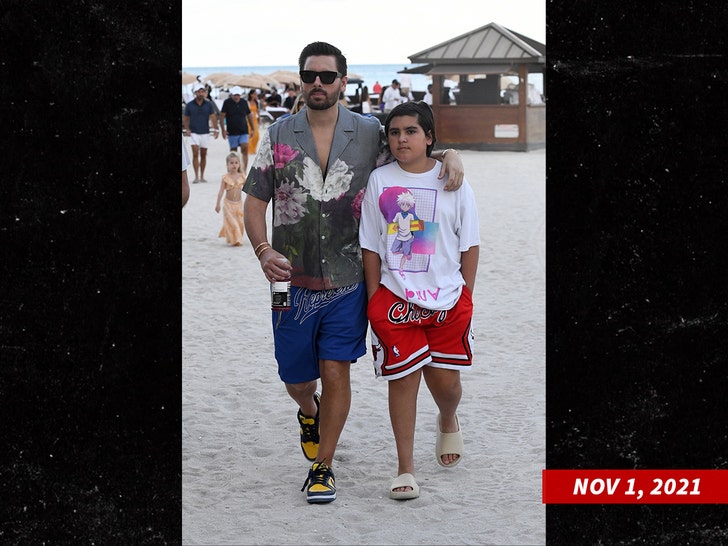 Scott and Mason were later seen on land, with the former wrapping his arm around his boy and looking caj. Ditto for Mason, who had his hands in pockets as he stood by his old man.

This may well just be some good old-fashioned father-son bonding -- but it could also be a good way to get his mind off of his baby mama's recent news - namely, that she's set to marry Travis Barker ... something she was never willing to do with the Lord.

As you know, Kourt and Scott share 3 kids together ... but weren't able to make that final step. Actually, her decision.