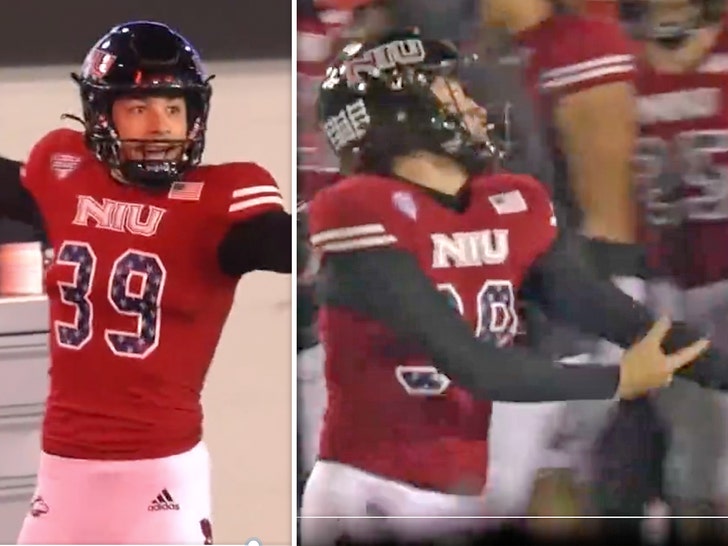 John Richardson clearly has both the clutch gene AND the celebration gene ... 'cause after the NIU kicker booted a game-winning field goal Wednesday -- he lost his mind on the field!!

The hilarious scene all went down at the end of the Huskies' game against Ball State ... when Richardson was called upon to help NIU win with just seconds remaining in the nail-biting contest.

John Richardson hit the game-winner for NIU and had the time of his life celebrating 😆 pic.twitter.com/44kFk5O8VC

The Huskies found themselves trailing the Cards, 29-27, with just 3 seconds left -- but Richardson nailed a 32-yard field goal as time expired to secure the victory.

And, the dude partied HARD to celebrate it all!!!

Richardson was so hyped by his kick, he ran to the opposing team's sideline ... forcing his teammates to run after him so they could be included in the fun.

Once Richardson regained his composure ... he ran back onto the field -- with his teammates still in pursuit of him -- and could be seen pointing to his left arm as if to say he had "ice in his veins." 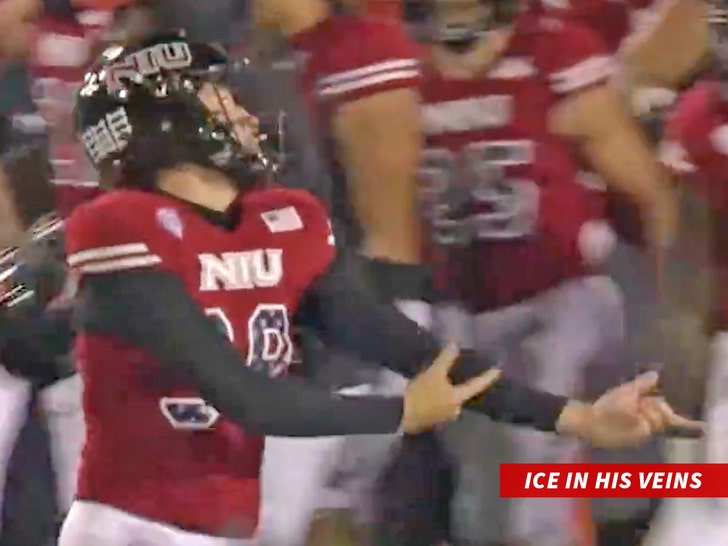 Was it over the top? Probably, but John certainly earned the right to do it ... he connected on all three of his field goal attempts during the game and was successful on all of his three PATs as well.

NIU's next game is against Buffalo on Nov. 17. Here's to hoping we see more game-winning kicks and more wild celebrations. 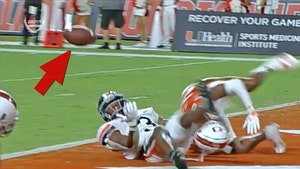 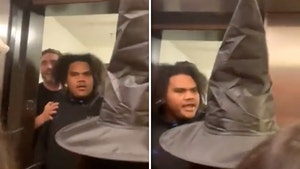 UCLA's Jay Toia Threatens To 'Slap A B****' On Video, Team To Punish Player